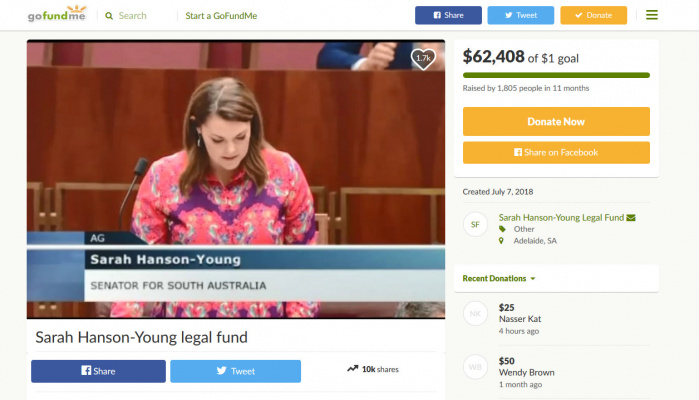 We demand the immediate removal of Sarah Hanson-Young's GoFundMe appeal.

Senator Hanson-Young has a history of hate speech against men, caucasians, conservatives and Christians amongst others and has launched legal proceedings against someone who called her out on it.

Senator Hanson-Young is wealthy, has a steady income and has been a Senator since 2008 and is scheduled to remain so for another 8 years. Given these circumstances, she should be funding her legal action from her own pocket, not others.

Given that Israel Folau had his appeal removed for "hate speech" and his own personal wealth, so too should Senator Hanson-Young's appeal be removed.

We also demand an apology from GoFundMe for it's inexcusable inaction in failing to remove such an offensive appeal from it's site, despite said appeal being uploaded a year ago.