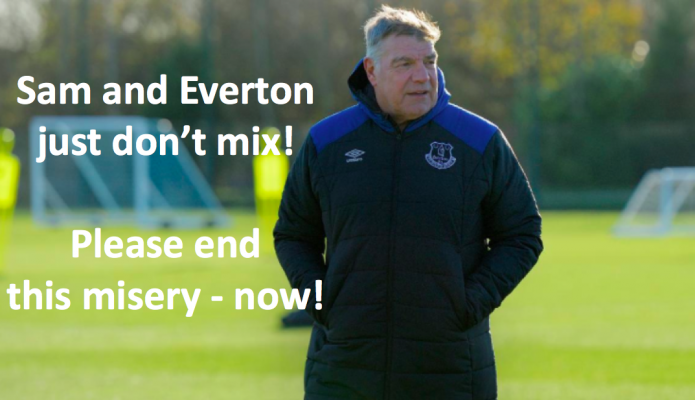 We, passionate and undying fans of Everton Football Club, call on board members to remove Mr. Sam Allardyce from his position as manager before the team's league position, and the players' confidence, deteriorate further. We also request that those who made the decision to appoint Mr. Allardyce to his current role seriously consider their position with the club.

The previous two months have revealed that the footballing style of Mr. Allardyce is incompatible with the ethos, history, and ambition of Everton as a proud football club. He has demonstrated poor team selection, poor man management skills, and poor game tactics. By consistently and publicly blaming players for his own ineptitude, Mr. Allardyce appears to be losing their support on the field. Recent results and performances are nothing short of unacceptable, and there are no signs whatsoever of near-term improvement. Change is needed - and needed now!