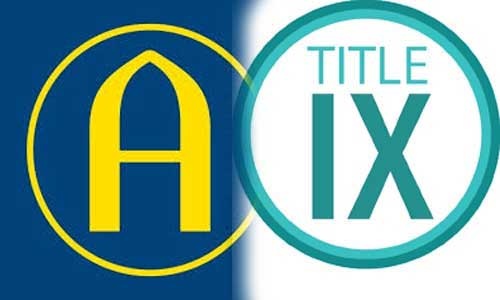 *** UPDATE: As of (2/21/2020) at 11:36 AM the Dean of Students has announced suspension of Phi Omega Phi for the next 4-8 weeks. This is not good enough. This is about more than just the most recent event. It's about the series of events and warnings this group has continued to ignore. 4 weeks is a kick in the throat to all the sexual assault survivors! It is important, that we remain civil, as we have, in the protesting of the group. Violence and threats will get neither party anywhere! ***

Following a recent string of events in the last couple years including but not limited to sexual harassment, leaked derogatory audio, and more recently the displaying of explicit images of female peers at a rush event it’s evident that the Phi Omega Phi fraternity (With the commonly known tagline "HP", or Hail Poobah) clearly has violated the Greek life policies too many times.

COG's were suspended for an underage drinker and had to drop a pledge class. Why can POP continue as normal after a rape at one of their houses, showing nude images during pledging, and etc? That is absurd. Why would Augustana College not disband the POP Fraternity? That is because their alumni are big donors to the school. @Augustana, will you continue to put donors and financial gain ahead of the the safety of the student body? Will you finally disband this group as a form of PREVENTION from this happening again?

The apology emails are no longer meaningful as they continually prove to disregard their commitment to improve their culture. Enough is enough and if serious action is not taken what kind of environment are we advocating at Augustana?

End this. Poobah donors should not matter. The fact that Poobah’s are in control of much of campus should not matter. What does matter? The girls in those photos, the girl who was raped, the safety of Augustana College and PREVENTION of any more of this taking place.

The information is already publicy out there. What kind of image do you want to set for our school, @Augustana? Will you put donors above school safety?

2019: "College is all about sex" leaked audio - https://qconline.com/news/local/at-augustana-demonstrations-and-condemnations-over-campus-sexual-culture/article_6ba054a5-2fb2-537f-9dae-d4ac725853ab.html (Confirmed)

2019: Continuation of protests over the fact it took 2 weeks for school to notify students of sexual assault cause - http://augustanaobserver.com/archives/24384 (Allegedly against POP Fraternity)

2019: Augustana recognized for their actions towards sexual assault (To say "everything is fine" to donors here, most likely) - https://www.augustana.edu/about-us/news/college-recognized-efforts-support-survivors-prevent-assault

1) While we recognize that not every individual in this group partakes or approves of these actions. The fact it keeps happening and we allow this group to exist is the problem. They claim to want to fix their culture after the previous sexual assault episode yet run explicit photo's to a bunch of potential pledges the year after. We do not have anything against most individuals in the group (Though we wonder why they still choose to be associated with them), we have a problem with their culture and it is for that reason that they should be disbanded effective immediately. Enough is enough.

2) It was brought to my attention that the girls featured gave 'consent' to the fraternity. This does not change the previous years actions, and is not about the fact they gave consent this time. It's about the culture this promotes by displaying it to an entire class of pledges.