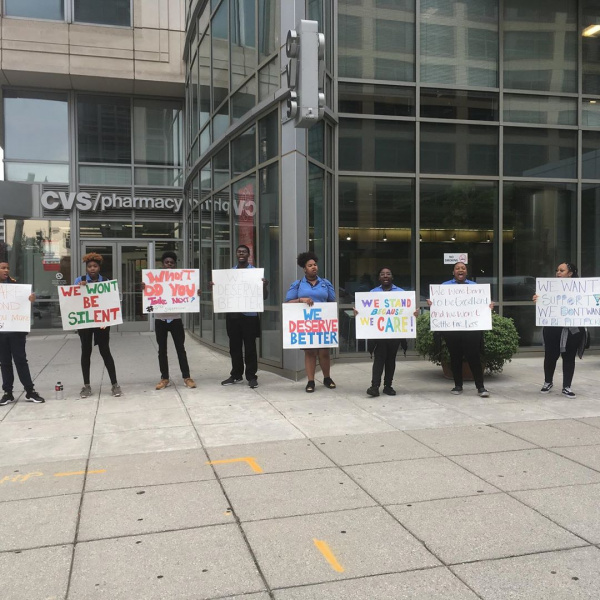 After clicking SIGN PETITION you are DONE. The donation page that follows is for ipetitions.com and is Optional.

Dr. Emmett never participated in a DCPS Community Panel with the Phelps community. Instead, he was appointed principal in Spring 2018 after it was determined he would not be placed at Dunbar High School. At this time he had no prior experience in the DCPS system or with Washington, DC youth. Between the time he was appointed and now (Spring 2019), Dr. Emmett has failed to effectively engage and communicate with parents and the Phelps PTSA. He has not been honest and transparent about teacher replacements, student development opportunities (school equipment, shadow day, field trips), issues concerning safety (high police presence, principal-student confrontations, fights within the school, arrests), or disciplinary measures taken to remedy student conduct. Also his decisions on funds allocation (i.e., removal of the Phelps Junior ROTC, instructional coach, and assistant principal positions) have been ill-considered as they do not allow the students the best possible educational opportunities, nor do they respect the traditions of the school. Dr. Emmett’s lack of communications with parents about these matters have caused a great deal of concern and in some cases controversy because his statements are not consistent.

During the current FY18-19 school year Dr. Emmett has failed to gain the trust and support of the Phelps community because his inability to effectively understand school culture and be an effective leader. Instead of partnering with Phelps’ experienced teachers, he has subjected them to increased monitoring and outward disrespect in front of students causing undue stress for some and resignation from others. As a result, teacher morale is suffering, and some of the remaining teachers are not planning to return to the school if he continues to serve as the principal. This situation is most harmful to the Phelps parents and students who have maintained beneficial relationships with teacher over the years.

We are demanding as taxpayers and citizens that our concerns be taken seriously and met without resistance. We petition to remove Joshua Emmett from Phelps ACE High School as principal based on his ongoing pattern of controversial and antagonistic behavior.