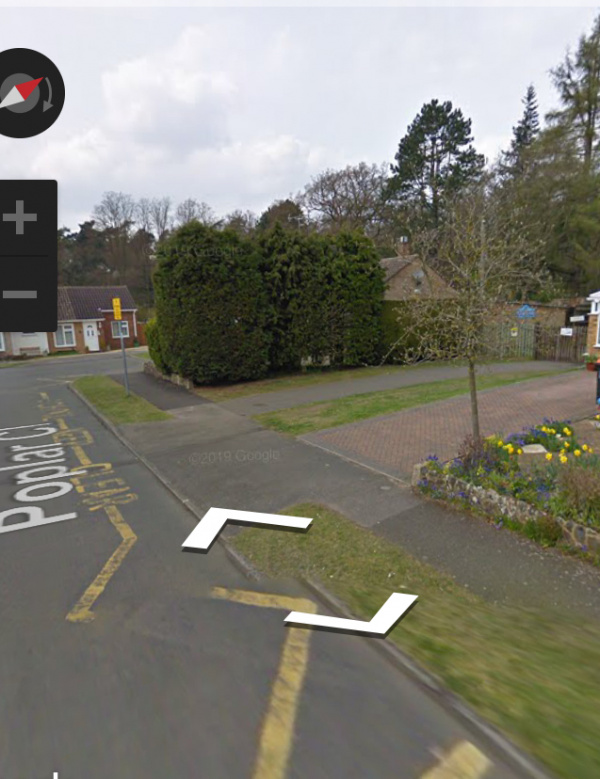 The main reason for introducing the single yellow lines along Poplar Close was apparently to help with the safety of children walking to and from Dovery Down Lower School. I would argue that these restrictions have actually caused the opposite effect.

The parking problem has been moved onto much busier roads, causing delays along Heath Road, Plantation Road and Hillside. Hillside has become particularly dangerous for children crossing and I, for one, do not think it will be long before there is a serious accident. Hillside is an incredibly busy road as it’s a rat run for commuters trying to get across Leighton Buzzard. It is used a cut through between Heath Road and Plantation Road and it is a fast moving road. Thanks to the yellow lines in Poplar Close, the road has now become an accident waiting to happen. Parents struggle for a space and park the whole way along the road, making it very difficult for people to manoeuvre round the parked cars. It has also made it incredibly difficult to cross the road for pedestrians as they struggle to see round the parked cars as well as it being very difficult for motorists to see the pedestrians. My children and I are included in this. Whilst parents are trying to navigate round the parked cars, as well as avoiding motorists that haven’t seen them, all at the same time as attempting to squeeze through three inch gaps, with buggies/bikes/scooters, to try and reach the school is becoming near on impossible.

The most convenient and safest place for people to park in addition to the car park would be on Poplar close, where parents had been parking for over 40 years until the introduction of the single yellow lines. It’s a quiet road where there is no through traffic so would cause no disruptions to people driving along main roads. There is also no need for children to cross roads when walking up Poplar Close to access the school so would improve safety when parking here, as opposed to parking on Hillside.

It seems that the decision to implement these lines was based on more of a concern to the residents being inconvenienced for 10 minutes twice a day, 192 days of the year, than the consideration over the safety of the numerous children trying to make their way to and from school. The school has been here over 50 years so residents will have known of this problem before purchasing their properties. All parents that I have witnessed are very respectful if they ever park on Poplar Close and never block driveways or park on grass verges, let alone park on driveways, as it has been suggested!

Dovery Down is faced with the same problem as most lower schools over where to park whilst dropping and collecting children before rushing off to other schools or work. The car park is usually full and although it is something we’re lucky to have, as a lot of schools don’t have one, it is still not ideal for everyone to use. The driveway is narrow and only allows for one way of traffic and obviously there are limited spaces, so by parking on nearby, quiet streets, it reduces congestion and reduces the time it takes to take children to and from school, thus less time in causing an inconvenience to surrounding residents or fellow motorists.

The residents continue to abuse anyone who dares to drive into Poplar Close, even though it is a public road and not private. Drivers have been threatened and called names, just for driving up the road. You have a 5 minute waiting limit on the road, which can easily be enough time to drop children off in the mornings.The council is wasting money and resources on frequently sending ticket wardens out to police the road. It would be money better spent by maybe putting a zebra crossing on Hillside or a lollipop perso.

By escalating the parking problem to a far busier road, all to appease the residents of Poplar Close, is causing a far greater issue and by the yellow lines being there, people’s safety is being put at risk. I would like to appeal to get the single yellow lines removed as I feel, along with many other people, that they should never have been given the approval in the first place.

Any support would be very much appreciated. Thank you.