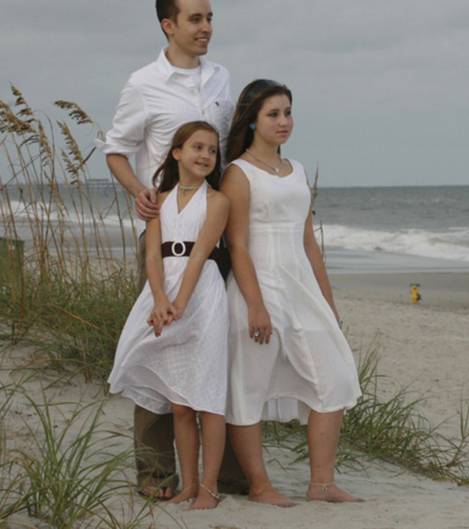 We the family of Heather R. Elvis, the people of Horry County, The State of South Carolina and beyond our borders do seek to allow justice to be served in an unprejudicial manner. In order to accomplish this task, we seek to have Judge Rupert Markley Dennis Jr. recuse himself and allow the South Carolina Supreme Court to appoint a judge who will correct the following issues and see that justice is done fairly and that the appearance of any impropriety is removed from the courts in this case.

First, ever since judge Markley has been over this case ( it was originally under the rule of then honorable Administrative Judge Johns ) we the family have been made to travel to Charleston South Carolina for each hearing and motion which forces us to close our business, uproot our lives and family and travel around 3 hours round trip not to mention the time spent in court. It is a hardship that is supposed to be avoided for the families of violent crime yet is not even given a second thought with each hearing. Not only does our family have to make the trip and lose business and time but those friends and supporters are forced to make the trip. This is and has been a hardship on all of those who make the trip not to mention the tax payer funded travel expenses for the solicitors office and all of the staff needed to handle the court motions. If this judge does not want to travel to Horry County then please allow a local judge to preside over this case.

Secondly, we have been denied the constitutional right to speak at the last bond modification hearing. This right is given to us under the Constitution of South Carolina.

Be it enacted by the General Assembly of the State of South Carolina:

"Section 24. (A) To preserve and protect victims' rights to justice and due process regardless of race, sex, age, religion, or economic status, victims of crime have the right to:

(1) be treated with fairness, respect, and dignity, and to be free from intimidation, harassment, or abuse, throughout the criminal and juvenile justice process, and informed of the victim's constitutional rights, provided by statute;

(2) be reasonably informed when the accused or convicted person is arrested, released from custody, or has escaped;

(3) be informed of and present at any criminal proceedings which are dispositive of the charges where the defendant has the right to be present;

(4) be reasonably informed of and be allowed to submit either a written or oral statement at all hearings affecting bond or bail;

(5) be heard at any proceeding involving a post-arrest release decision, a plea, or sentencing;

(6) be reasonably protected from the accused or persons acting on his behalf throughout the criminal justice process;

(7) confer with the prosecution, after the crime against the victim has been charged, before the trial or before any disposition and informed of the disposition;

(8) have reasonable access after the conclusion of the criminal investigation to all documents relating to the crime against the victim before trial;

(9) receive prompt and full restitution from the person or persons convicted of the criminal conduct that caused the victim's loss or injury including both adult and juvenile offenders;

(11) a reasonable disposition and prompt and final conclusion of the case;

(12) have all rules governing criminal procedure and the admissibility of evidence in all criminal proceedings protect victims' rights and have these rules subject to amendment or repeal by the legislature to ensure protection of these rights.

`Victim' means a person who suffers direct or threatened physical, psychological, or financial harm as the result of the commission or attempted commission of a crime against him. The term `victim' also includes the person's spouse, parent, child, or lawful representative of a crime victim who is deceased, who is a minor or who is incompetent or who was a homicide victim or who is physically or psychologically incapacitated.

Thirdly, a disturbing fact has been brought to our attention this week by the Horry County Solicitors office that causes our family to have a large amount to distrust in the ability of Judge Markley Dennis to be fair and impartial on this case. It has been revealed that Judge Markley Dennis was a schoolmate of the defendant's father ( Sidney Moorer ). They went to the same school in a much smaller town of Summerville South Carolina area. This causes us great concern as to a potential conflict in any proceedings in our daughter Heather's case, when heard before Judge Markley Dennis. Keep in mind that before Judge Dennis was assigned this case, the defendants were incarcerated without bail even though they tried to get bail before Judge Johns and failed.

According to the Sworn Statement to the Judicial Merit Selection Commission, Circuit Court Judge Rupert Markley Dennis Jr. then an incumbent judge stated the following to the commission.

"My philosophy on recusal is consistent with and specifically set forth in Canon 3(E). In those situations, I disclose the potential problems and ask the parties to consider out of my presence whether they wish me to recuse myself. If requested, recusal is always the correct approach. There are occasions,, however, where I may decline to recuse myself when it appears the party is simply trying to gain an advantage or possible further delay which would constitute a prejudice to the other side. In those situations nothing in the Canons would prevent me from hearing the matter."

If you disclosed something that had the appearance of bias, but you believed it would not actually prejudice your impartiality, what deference would you give a party that requested your recusal?

As stated, I would in those situations, elect to recuse myself to avoid the appearance of impropriety.

{These answers were given and sworn to by Judge Rupert Markley Dennis Jr. on the 4th day of August 2014 and the Notary who signed the papers was Linda J. Droze}

To Summarize our concerns:

(A) The undoing of the first Judges ( Honorable Judge John ) denial of bond.

(B) Letting the accused travel out of state.

(C) Setting an order that they could work in boardering states to South Carolina.

(D) Allowed them to move to and seek employment in FLORIDA ( last time I looked we don't share a boarder with FLORIDA).

(E) Allowing the accused to break the gag order without punishment.

(F) Being denied our constitutional right to speak at the bond reconsideration hearing when it was clearly stated at the beginning of the hearing, is a violation of our rights.

(G) Not disclosing the fact that he Judge Markley Dennis knew, and attended school with the father of Sidney Moorer ( one of the defendants ) and grew up in the same small town area. This should have been addressed earlier on so as to decide if it was a problem BEFORE any rulings were made.

All of this taken as a whole is overwhelmingly prejudicial in our eyes and we hereby request that Judge Markey Dennis abide by his sworn statement to the Judicial Merit Commission and recuse himself from the case of our loving daughter Heather R. Elvis immediately.

The Elvis Family, Friends and Concerned Citizens of South Carolina and those beyond its borders.

*** I would ask that anyone who feels that this injustice should be investigated, please write a complaint to the South Carolina State Supreme Court addressed to the the Honorable Chief Justice Costa M. Pleicones and the Commission on Judicial Conduct / Disciplinary Council at the following addresses.

How to File a Complaint

There are no forms or other special requirements to file a complaint, but some things are necessary for both judicial and lawyer complaints. Any complaint filed with either the Commission on Judicial Conduct or the Commission on Lawyer Conduct needs to be in writing and signed by the person making the complaint. In your complaint, it is always helpful to provide as much detail as possible about what took place and the reason for your complaint. If you have any documents that support your complaint or help explain what happened then please include copies of the documents with your complaint letter. Finally, please be sure to fully identify the judge or lawyer and to include a full address and phone number where you can be reached.