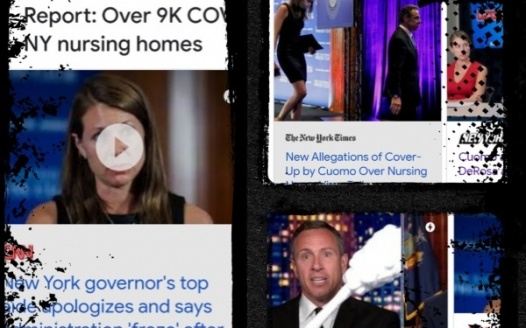 On Thursday, February 11, a Cuomo aide came forth to Democratic lawmakers announcing that Governor Andrew Cuomo deliberately LIED and HID the nursing home deaths statistics, which were more than double of what he originally released, in order to prevent President Trump from having a "political football" on the Emmy winning Governor during the November 2020 election.

In simpler terms, Cuomo lied about the genocide he is guilty of to protect his political career. To wipe out over 10,000 elderly people in the state Cuomo governs is not only elder abuse, it's genocide, it's mass murder, it's population control, and it's evil. Only a psychopath who only has nefarious and malicious desires for his citizens could kill them and have no guilt. Cuomo killed the elderly regardless of their political views. He killed New Yorkers, plain and simple. Governor Andrew Cuomo is a mass murderer and must stand trial as any citizen in New York would for genocide.

Governor Andrew Cuomo must be impeached and removed from office immediately. We don't know what other nefarious and dangerous, life threatening plans he has for the citizens of his state.