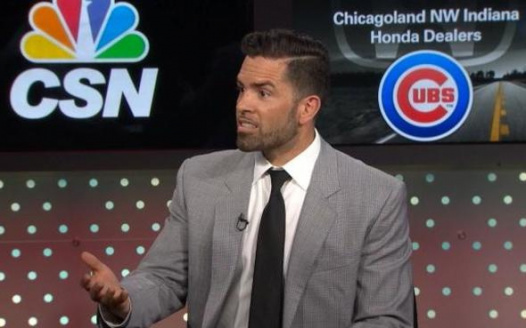 After losing Todd Hollandsworth to the Miami Marlins in 2017, NBC Chicago hired former Cubs player David DeJesus as his replacement to work alongside David Kaplan on the Chicago Cubs pre and post-game shows on NBC Chicago.
DeJesus has not only been a bad choice as Todd's replacement,he has made it an unbearable show to watch.
I, along with other Cubs fans are asking NBC Chicago to please find a replacement for him before the start of the 2018 season. He was bad from day 1 and he didn't improve whatsoever by seasons end.