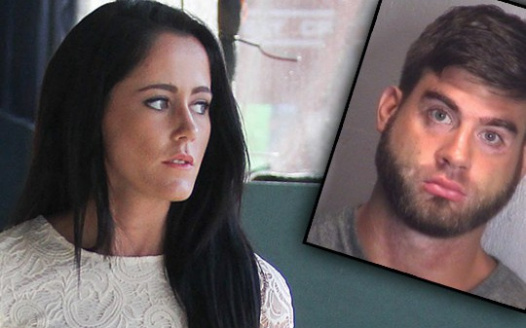 For anyone who has recently watched Teen Mom 2, I am pretty sure most would agree that there is a definite reason to be concerned about the children of Janelle Evans Eason and David Eason.

Jace seems to say whatever his mother and David want him to say to avoid any kind of issues later. Kaiser looks absolutely fearful in some scenes as David approaches him. David's daughter Maryssa seems to shrink back around her dad and also be fearful of him. There is also reason to suspect drug use in the home around the children other than the use of marijuana.

Janelle has shown viewers and the justice system over the years that she is a horrible person and a bad mother in general, however in this situation (especially when she texts the producers of the show, apparently without David's knowledge, during a fight) she seems fearful and trapped. She needs a lot of help but not in the form of an MTV paycheck.

MTV is not only condoning these actions by filming and airing these scenes without speaking out against the obvious neglect and possible abuse of these children and even Janelle, but they are also financing it by continuing to pay these people to appear on the show.

Janelle is now blaming MTV and it's producers for making it seem like her husband is "hiding some weird ass shit" and for captioning her son Kaiser as he cried. It's time for MTV to speak up and not allow this to continue as Janelle and David put their own special, perfect family spin on everything.

However, anyone can see just from the scenes aired that something is not right at that home and with the children when they are present. As viewers, we are concerned for the safety of the children when wondering if they behave that way in front of MTV's cameras, how much is the behavior amplified when there are no cameras to witness what happens.

We are petitioning to have Janelle Evans Eason and David Eason removed from the cast of MTV's Teen Mom 2 immediately, unless MTV is prepared to speak up and against this disgusting situation that viewers have been seeing for several years now and deal with these issues before one of these children or Janelle end up dead and buried on "the land". MTV needs to issue an ultimatum to Janelle if she wishes to continue on the show; either leave David and get the help that she needs for herself and her children or leave the show. If nothing is done and something terrible happens to Maryssa, Jace, Kaiser or Ensley while in the care of David and Janelle, it will be MTV's fault.