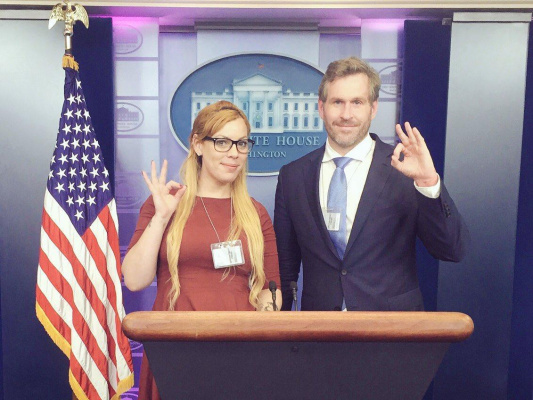 6523 people have signed this petition. Add your name now!

Mike Cernovich is not just active on Twitter, but actually followed by Twitter's CEO.

Mike Cernovich uses twitter to incite his followers into harassment campaigns, and has been caught on video openly bragging that his followers would kill for him.

Mike Cernovich has recorded podcasts giving tips on how to rape and how to manipulate and abuse women.

Mike Cernovich spreads dangerous conspiracy theories such as propagating #pizzagate, naming a restaurant and stating there were illegal activities being carried out in the basement. This resulted in a gunman firing his weapon inside the restaurant whilst investigating Mike Cernovich's false claims.

Mike Cernovich has since tried to cover this up and lie that he did not.

Mike Cernovich is on a quest to appear as a legitimate reporter by erasing his past as a violent ex-convict.

Mike Cernovich was charged with rape and convicted of battery.

Here is Cernovich bragging about hiring a private investigator to scare
and intimidate the witness to his rape into changing her story so he
could reach a plea deal of misdemeanour battery. He had to do community
service.

Twitter users regularly get suspended for calling Mike Cernovich out on his lies and his past, yet Mike Cernovich can use Twitter to accuse anyone of whatever lies he has thought up with impunity.

This needs to stop.

Mike Cernovich and other far right extremist agitators defaming, lying, spreading false news, doxxing innocent victims and inciting rape and violence need to be de-verified and held to the same standards other Twitter users are.

The petition made it into Newsweek:

"Cernovich, who no longer embraces the term “alt-right” but instead calls himself a “nationalist,” argued to Newsweek that the petition was written “because I led to John Conyers being resigned,” referring to his delivering a tip to Buzzfeed about the former Democratic representative having a history of facing sexual abuse allegations."

This is not why it was made.

It was made because Cernvoich is a reprehensible human who needs to be pushed back to the shadows of extremism before he gets people killed and before he destroys any more lives.