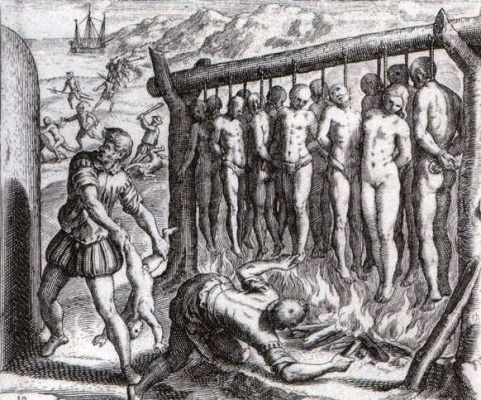 REMOVE COLUMBUS DAY as a Holiday in New Haven.

It has been a tradition to teach our children about the discovery of "the New World." However, the legacy of Columbus is not of discovery but of slavery and colonialism that impacts the lives of Native Americans today. Today, due to "discovery of the New World," quarter of all Native Americans live in poverty, and suicide among youth living in reservations are almost twice the national average.

Furthermore, Columbus' expeditions involved horrific brutality, violent-rule, slavery, and the introduction of diseases that native peoples did not have the immunity to defend against. That we celebrate Columbus Day still is profoundly ignorant, disrespectful, and hurtful to Native Americans, and any people whose ancestors were impacted by European colonialism and slavery.

Recently, the city of Los Angeles removed Columbus Day and replaced it with Indigenous People's Day. So should we.

Please reach out to Mayor Harp and tell her to remove Columbus Day as a holiday in New Haven: