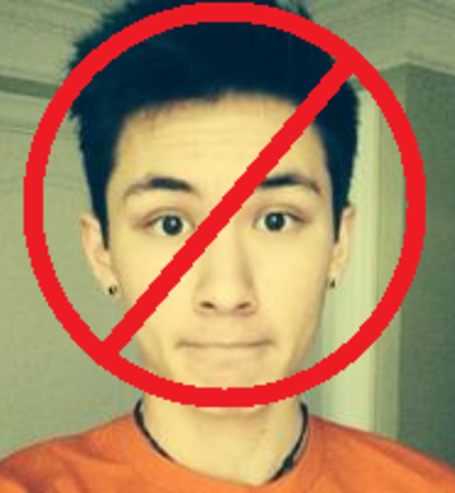 Recently, Vine star Carter Reynolds has made news due to a video which was leaked in which he pressured his then girlfriend to perform sexual acts for him despite her numerous objections and the resulting fallout regarding the video. While this act alone is deplorable, a true danger is presented due to Mr. Reynold's large and devout fanbase which he had before the incident. While many have seen his actions for what they truly are, Carter Reynolds has successfully convinced others that he is a victim in this circumstance and he continues to believe he has done no wrong. One of his supporters even went so far as to say, "if carter raped me i wouldnt report it because he saved me when no one else did." and another who proclaimed "RAPE ISNT [CENSORED] BAD." This way of reasoning is dangerous not only to the girls who have fallen for the charismatic internet star, but to society as a whole.

In society, we watch as famous people get off easy for crimes and wrongdoings they commit. While you, the administrators of Twitter can not send him to jail with your power, you can ensure that Mr. Reynold's ability to indoctrinate minors with the ideas that "no means yes if I keep asking and pressuring" is severely restricted.

We, the undersigned, humbly beseech the Twitter Inc. administrators to remove both Carter Reynolds previous tweets and capabilities to tweet in the near future until a time at which he is no longer a threat to disillusioning minors that their worth in life is determined by how much they can sexually please another. We thank you for your consideration and hope you will do your part in teaching the upcoming generation what consent, respect, and relationships are truly about.