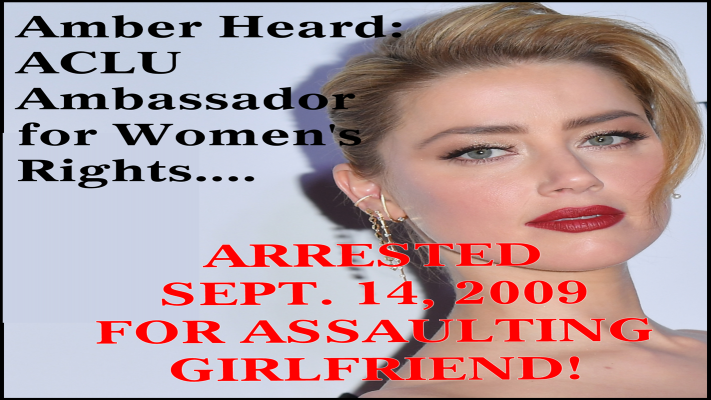 Remove Amber Heard from the ACLU

It is quite unethical that a woman arrested in 2009 for domestic violence against her common law wife would even be considered an ACLU Ambassador for Womens Rights. That should be enough, however....
Also, now with new evidence coming to light of her physically abusing her former husband Johnny Depp, including photos of him with a black eye she apparently gave him and court documents being leaked weekly revealing an elaborate hoax to get herself publicity by LYING about her own supposed abuse while married to Mr. Depp, I hope the ACLU will do the right thing and remove her at once as an ACLU Ambassador for Womens Rights.
A reported $350,000 donation she made to your organization on August 19, 2017 should not absolve her from her arrest for Domestic Abuse in 2009, nor make irrelevant the charges pending against her for abuse at present.