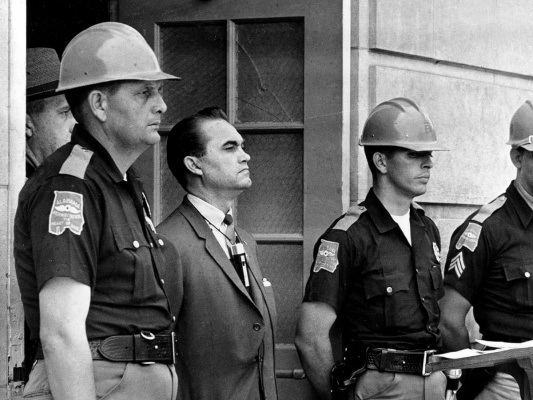 Plaques around Auburn University at Montgomery campus honoring former Gov. George Wallace’s contributions to the University should be removed. George Wallace was a racist policy maker who advocated against equal education and was known for his “Stand In the Schoolhouse Door” policy that aimed to prevent nonwhite students from entering schools. If you believe AUM campus should renounce it’s association with Wallace, or at least stop advertising it, sign this petition.