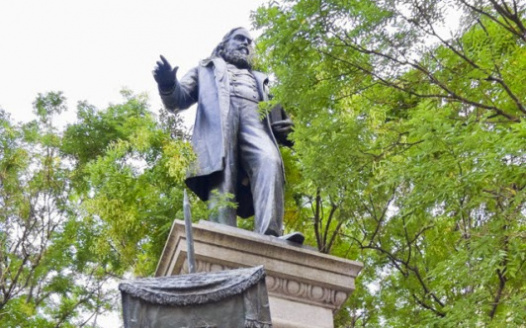 Albert Pike is the only Confederate military officer or figure to be honored with an outdoor statue in Washington, D.C.

There's something I want to bring to attention. Most people in this nation do not know anything of Freemasonry. That being said not all masons have a secret agenda and not all masons are bad. Most are just pawns. But one particular mason sticks out on history and his name is Albert Pike. This man was a 33rd degree master mason, grand wizard of the KKK and a confederate general. Oddly enough after the war he was accepted by D.C. Due to his status as a mason.

A brief history of Masonic loyalty will show masons have gone as far as refusing to kill men on the opposite side of a battle due to their Masonic hand signs used to signal to other masons. Freemasons have no loyalty to country or state. If you are tried of a heinous crime and show with your hands or feet to the judge that you are a mason then you get a reduced sentence.

Why am I deciding to share this information now? Because we are running out of time. America is being dangerously divided. We need a show of unity to show the world Bigotry and symbols of hate will not be tolerated. Taking down this statue is a victory on the road to many.