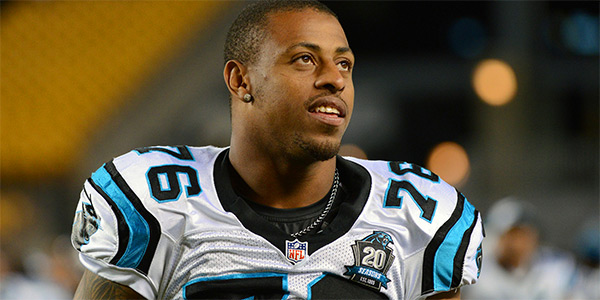 Carolina Panthers Defensive End Greg Hardy is currently on the NFL's Exempt List pending his appeal of a domestic violence charge.As of November 1st, he has missed seven games. As a first time offender, had he been suspended, it would have been a four game suspension according to NFL Guidelines.

As an American Citizen, Greg Hardy has the right to appeal his questionable conviction, as do all citizens of this great nation. The Carolina Panthers are having to pay Hardy anyway during the pending jury trial which Hardy and his attorney have requested.

This petition is not an attempt to ignore or condone domestic violence, but an attempt to let one man receive fair justice from his employer, the Carolina Panthers and the NFL.

As far as the NFL should be concerned, Greg Hardy has already suffered enough punishment, having been disallowed to play any games or participate in team training or workouts. We, the undersigned fans, believe Greg Hardy is being unfairly singled out above and beyond the normal punishment called for by the NFL. Let the legal system run its course, but stop punishing Greg Hardy any further in the NFL.

It is time to RELEASE THE KRAKEN and let GREG HARDY PLAY FOOTBALL NOW! This petition is signed not only by fans of the Carolina Panthers, but fans of allprofessional sports around the world.