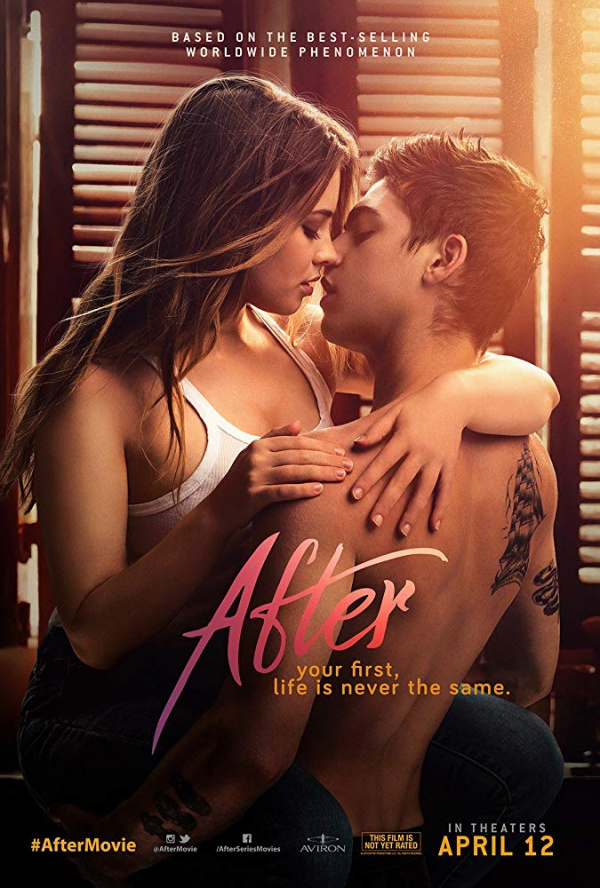 EXTENDED/FULL, R-RATED CUT OF THE AFTER MOVIE ON DVD

AFTER FANS, WE NEED YOUR HELP!

Readers all over the world were disappointed to hear that the AFTER movie was going to be PG-13. The studio made a big mistake by trying to make an adult (18+) story from a New Adult romance novel, appropriate for children.

Fans of the story were even further disappointed upon watching the movie and realizing it is nothing like the story in the book. The plot and characters are almost entirely different and the editing makes it impossible to understand or connect with the story. If it was hard for the movie-watchers to follow the story when they HAD READ the book, imagine how difficult it is for people who HAVE NOT READ the book.

It is in the fans' and film franchise's best interests that the studio release an extended, r-rated version of the film which should include all the removed scenes without choppy editing or censorship. It will be extremely well-received by thousands of readers - that should be apparent just by how loved the single unreleased scene in Pia Mia's 'Bitter Love' music video has been. There were clearly a lot of restrictions put on the production team which hasn't been well received or appreciated by readers, movie go-ers or critics. Despite the wonderful cast, the story was lost and the only way to rectify that is to put together a DVD version of the film that includes ALL THE IMPORTANT SCENES from the book that were shot. We don't want any more cuts or unwanted edits. This is a fan appeal to release every last scene that the studio, possibly can.

Want to help us even further?

Let's get Anna Todd to direct the next movie in the AFTER (movie) series.