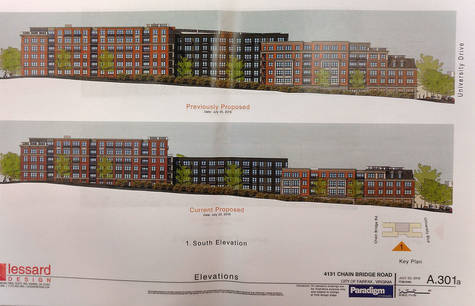 We ask the Fairfax City Council to disapprove the proposal by Paradigm Company to build a large apartment building at 4131 Chain Bridge Road, the Davies Property. This high density apartment building will cause major traffic problems on Chain Bridge Road and University Drive, ruin the character of Fairfax City, lower property values for hundreds of neighbors, cause parking problems through this part of the City, interfere with the 4th of July Parade, change the architecture of the area, destroy green space, create excess runoff, and be the scene of increased crime in the City. We ask that a development featuring permanent residents who will own their homes be approved for this site instead. (Note: You don't have to make a donation to sign the petition. A small donation helps the web site provider defray the cost of the web page.)