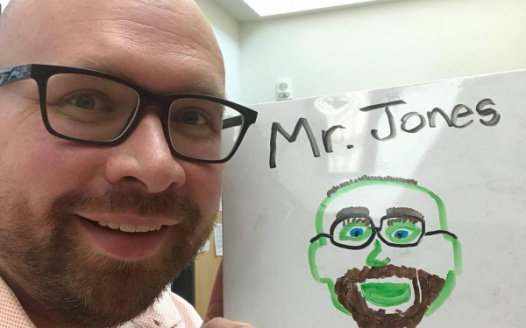 Jeremy Jones, an outstanding math teacher, mentor, and robotics coach was let go by the Great Lakes Bay Early College and his position within the education institution terminated due to decisions made by the Saginaw Intermediate School District. Mr.Jones has impacted many students' lives not only through his well taught classes but also his skills as a mentor. Great Lakes Bay Early college would not be the outstanding academic organization that it is today if it had not been for Mr.Jones and his contributions to the students, faculty, and reputation of GLBEC. As a robotics coach, Mr.Jones not only built the team from the ground up but also led them to the state robotics competition as well as successfully integrated the team with the EngiNERDS robotics team. This not only bolstered the image and reputation of GLBEC but also greatly impacted the students that are a part of the team. On top of that, Mr.Jones has been a wonderful, effective, and amazing mentor to many students in his four years at GLBEC. In the classroom, Mr.Jones was able to teach students a thorough understanding of many different mathematical lessons and concepts but also made class enjoyable and fun. Overall, Mr.Jones has made an indelible mark on GLBEC, its students, and its staff that the district has failed to recognize. We ask that if you have felt the impact Mr.Jones has left on all of us, that you pledge your support to him and the continuation of his position at the Great Lakes Bay Early College.