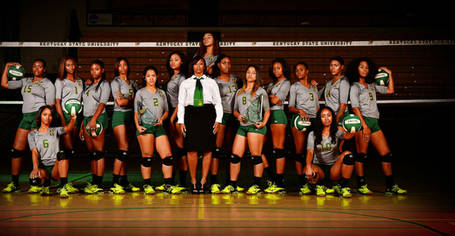 444 people have signed this petition. Add your name now!

Reinstate Our Coach 0 Comments
444 people have signed. Add your voice!
45%

Coach Coleman has led the KYSU volleyball team to multiple SIAC championships; which took team to the NCAA DIV II championships. She is what is best for the team and KYSU.

She demonstrates veracity and earnest concern for the welfare of her team. She continues to have close connections with her previous players, which speaks to the quality of experience that they enjoyed on her team.