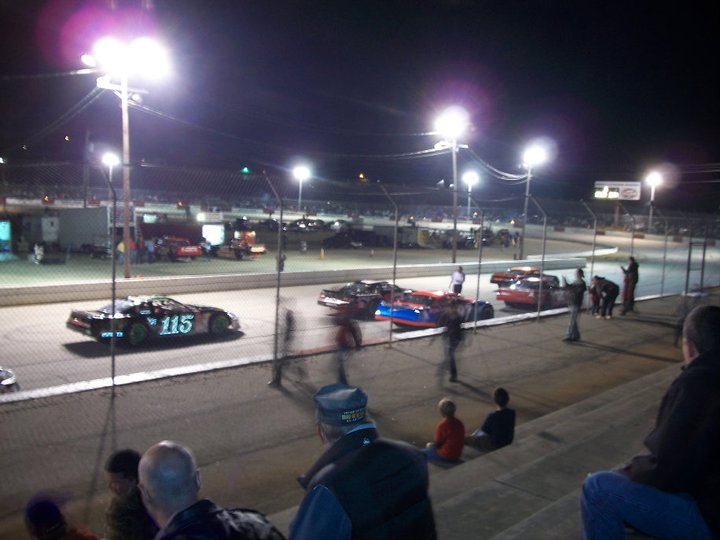 The National Association for Stock Car Auto Racing (NASCAR) is a family owned and operated business venture that sanctions and governs multiple auto racing sports events.The company also oversees NASCAR Local Racing, the Whelen Modified Tour, the Whelen All-American Series, and the NASCAR iRacing.com Series. NASCAR sanctions over 1,500 races at over 100 tracks in 39 of the 50 US states.

Local racing is more then sitting there cheering on your favorite driver or team. It's where a wide eyed child gets their first look at racing and the start of a new racing fan! Our local track is Greenville Pickens Speedway many of us go every Saturday for good old fashion family fun and cheering. Like any competitive sport you have players that dislike other players, but that is what makes fans coming back for more.

This year our hometown track got it's self a track promoter. The 2014 National Champion Anthony Anders. Many GPS fans looked forward to new management and Mr. Anders did state new things were coming. His new things seems to include bias to drivers and teams. This kind of bias is not in the best interest in racing or fans, but a personal agenda.

On Saturday April 18, 2015 during a 4 cylinder race the driver of the #63 car lost control. Now in racing this is normal, but the call that resulted from this driver loosing control was not just. Mr. Anders says the #11 car caused the 63 to loose control and first black flagged the 11 car. He then changed the call and wanted the 11 car to restart in the back. The 11 car team's owner Tim Crowe seen the call was wrong and attempted to get Mr. Anders to see he was wrong. That didn't go well Mr. Anders allowed his ego or fear of exposure cloud his judgement. This resulted in Mr. Crowe to never return back to GPS. The following day the You tube video posted of that race you can clearly see that the 63 car lost control the 11 car never touched it. In fact it looks like the 63 car came down short and touched the front end of the 11 car.Team owner of the 11 car made attempts to talk man to man to Mr. Anders. He was wanting Mr. Anders to watch the video and talk it out. Mr. Anders refused to answer calls. Instead he took steps to not only keep TCI from racing at GPS, but also get Mr. Crowe suspended from racing and being in the pitts with his team at any NASCAR track. One would think this is way too much for such a small issue that is common in racing.

We're all well aware of the controversy surrounding Anthony Anders 2014 National Championship. Many fans believe some how he cheated. By his own admission Mr. Crowe has stated that he caused a caution for Mr. Anders. It was this fear that the truth would come out that made Mr. Anders ban Mr. Crowe and ask for his suspension. If we allow a track promoter to pick and choose who is worthy in his eyes to race. Then what do we have left to go see?

I ask that you join me in signing this petition asking Brian France and NASCAR officials to reinstate Mr. Crowe. To bring integrity of good sportsmanship back to our hometown track. We as paying fans deserve to see and cheer our favorite teams and drivers. I'll ask this again if Anthony Anders is allowed to pick and choose who he feels is worthy of racing at GPS then what do fans have left to see? This is not about love or hate for each other but rather for the love of the sport of racing!