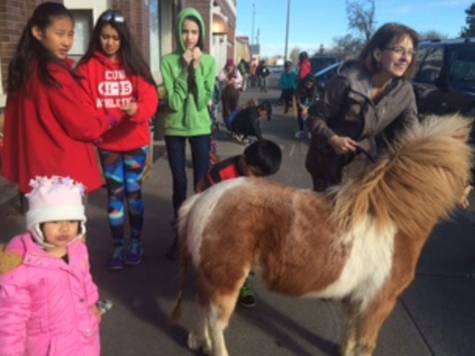 False allegations derived from an anti-attachment therapy website resulted in the Oregon Board of Psychological Examiners (OBPE) suspending the license of Portland-based Dr. Kali Miller, Ph.D., in March 2014. The anonymous website purports, among other things, that attachment therapists torture and kill children. Although there was no complaint filed against Dr. Miller, she was accused of making bizarre and controversial recommendations based on the website's unsubstantiated allegations against other therapists.

OBPE's case rests on the fact that a child had an emotional outburst which included wrapping pajamas around his throat and shouting that he was going to kill himself six months after discontinuing therapy with Dr. Miller. They allege that she was responsible despite the fact that in the 6 months prior to ending therapy she had only seen him 3 times briefly. These 3 contacts totaled less than an hour and the child did receive treatment from other providers both before and after Dr. Miller stopped working with him.

Not only were Dr. Miller's recommendations for this child and their family safe and supportive, but when the child was later hospitalized due to parent child conflict which was unrelated to anything that Dr. Miller recommended, the hospital notes document the child utilized many of the tools she had taught him two years prior. These included specific relaxation and breathing techniques, journaling, the use of "I feel" statements and how to recognize and address trauma triggers. Attachment therapy, as practiced by Dr. Miller, focuses on increasing nurture and attunement between parent and child. It additionally encourages parents to have sensitivity to previous trauma and to parent in ways that reduce current stressors.

Despite these facts which were documented in Dr. Miller's client file, OBPE created six iterations of allegations against Dr. Miller over a period of two years. At the initial hearing, OBPE hired an out-of-state psychologist who has authored several anti-attachment articles to serve as both a consultant and expert witness. While he acknowledged that he had never seen nor treated a single child with the diagnosis of the child in question, and had never met this child, he disputed the child's diagnosis and the use of attachment therapy. Three weeks prior to this hearing, OBPE added new allegations of being "immoral" and "grossly negligent," revoked Dr. Miller's license and added a $5,000 fine. Denied the right to defend herself and with no means of income, Dr. Miller has served as her own attorney, and her case is currently under consideration by the Oregon Court of Appeals.

Dr. Miller desires to protect the rights of traumatized children and their families to continue to get appropriate and effective therapy. She is concerned that if OBPE prevails, other therapists and the families they work with will be threatened and sanctioned for both things that they did not do, and for providing supportive treatments which may be useful on a case-by-case basis. In this case these interventions included rocking the child at their request, using a 3-second sit with arms and legs crossed versus a lengthy time out, allowing the child to exercise in conjunction with self chosen affirmations to earn prizes (for example "I am calm and relaxed"), encouraging the parent to seek eye contact with the child then putting a candy into the child's mouth or hand when they voluntarily make eye contact and participating in neuro-reorganization programs such as the SMART program if beneficial.

Here are recent stories about a fundraising event in Tri-Cities, WA and her visit to Pasco, WA's Union Gospel Mission's Women & Children's Shelter with her miniature therapy horse, Prince.

Please SIGN and SHARE THIS PETITION widely. This regulatory overreach and blatant attack on attachment therapy are unfounded with Dr. Miller's 20+ years of experience and success helping children and adults heal from trauma on the line. She refuses to be the beginning of the end of Oregon therapists being able to safely and effectively treat trauma in children. Letting the Board's decision stand will have a national impact, and your voice needs to be heard.

If you would like to contribute to Dr. Miller's legal defense fund, please visit:

Thank you for your prayers and good wishes!