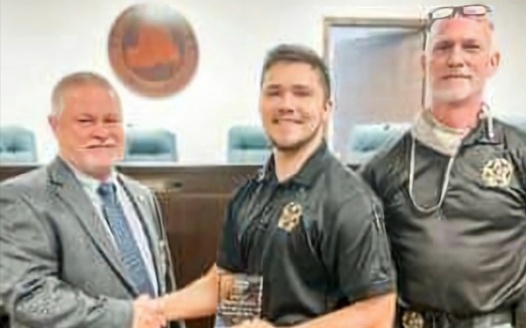 My son, Mason Manley, has worked hard for anything he's ever wanted. He would save his allowances and/or birthday money when he was young. Once he was older and driving his engine blew, so he rode his bicycle 7 miles to and from work at Subway to earn money for another car, and he did. He went to the Chilton County Jail once every couple of months and turned in a new application until finally he was hired. There he was promoted to Sargeant and was C.O.of the year in 2020. He earned the respect of his peers and was sent to the Academy. He finally made it. After just under two short weeks he was falsely accused of cheating, but after a thorough investigation it was concluded he had in fact not cheated. But then stated since he was suspected, he was out. He has never had it easy, he's a very hard worker. He doesn't want anything handed to him. He just wants the opportunity he has earned. The academy and police force are losing a very good addition, a very good man. If there is ANYTHING he can do HE WILL DO IT.

Mason Manley has Backed the Blue, he needs the Blue to back him.

Please sign your name and title / rank if you are willing to support him.