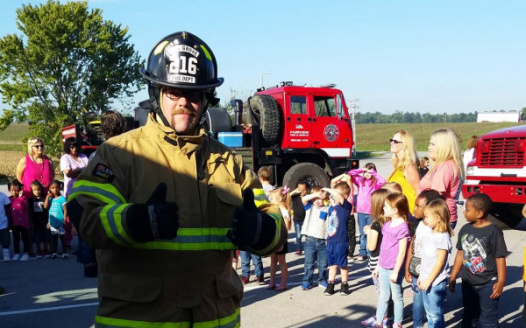 On Aug. 7th Oak Grove Volunteer Fire Fighter Richard Lestienne was unforeseeingly removed from the Oak Grove Fire Department. This came the day after Richard had voiced his concerns as an Oak Grove citizen at a city council meeting. Richard was denied a hearing and has not received a reason for the decision made by Mayor Jarvis other than "not being a good fit for the department".

Richard is a decorated soldier. He went to war not knowing if he would come back or not, so that we could stay living here. Richard is CPR certified, CPR certified instructor and an engineer, which means he can drive the fire truck. He was top recruit and named top responder. He has spent numerous hours away from his family for training and responding to calls. Oak Grove needs as many fire fighters as possible to help fight fires and emergency calls. Richard loves his community and loves to help people. He has dedicated his entire adult life to helping and serving others, not himself. Together as a community we can make things right a give Richard back what he loves doing most, risking his life to save ours.