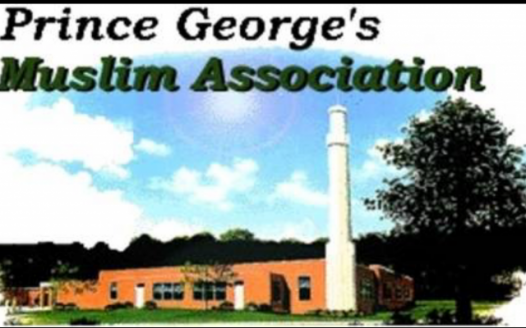 We, the members of PGMA, declare Imam Ahmed Elzaree as the leader and Imam of the PGMA community. The overwhelming majority (~97% supermajority) is fully satisfied and has complete trust in the Imam.We greatly appreciate his unique qualities and abilities:

• He memorized the Holy Quran by heart at age 13.

• He has a beautiful recitation that is internationally recognized (Cairo radio).

• He attended AlAzhar University and has deep and broad knowledge of Fiqh and Islamic Sciences.

• He is a Medical Doctor and Specialist in Infectious Diseases.

• He is totally dedicated to serve Islam and this community.

Our Imam is revered and well respected as an Islamic scholar throughout the Washington Metropolitan area:

• He lectures in many Masajids, and participates in many Islamic forums and events.

• He skillfully introduces Islam to audiences in many churches. He leaves an extremely positive image of Islam with his audiences.

• He did a beautiful job by appearing on many radio and TV programs and countering the stereotypes of Islam.

• He appeared before the House of Senate and House of Delegates in Annapolis, MD.

He even gained trust and confidence of two successive Governors of our state of Maryland. They appointed our Imam twice to serve on the state’s Board of Morticians & Funeral Directors (BOMFD) until the year 2021. Currently, our Imam is the only Muslim member of that board. Moreover, the Imam is the one who testifies on behalf of the BOMFD at the House of Senate and House of Delegates in Annapolis, MD. The Ghusl facility at our PGMA Masjid was the first in Maryland to be licensed by the BOMFD.

How can the evaluation by a few individuals ever override the evaluation of the overwhelming majority (supermajority) of this community throughout the last seven years?

We, Members of PGMA, note the following:

1. The Shura violated the Bylaws when dismissing the Imam. The Shura failed to consult the General Body prior to making that wrong and bad decision. Please refer to:

2. The Shura failed to provide any reason for dismissal even at the General Body meeting. The Shura preferred to engage in “legalistic”, unislamic and invalid arguments. This “legalistic” preoccupation with Bylaws and Procedures, wrangling about spurious interpretations of certain clauses and terms, is nothing but a smokescreen to pass a wrong and extremely unpopular decision over the objections of the supermajority.

2. ….notify all members at least one week prior to the regular meeting …

4. … at least three days prior to the special meeting …

Section XI: Selections of Board of Trustees members

…. The eighth member shall be the PGMA resident Imam

4. The Shura failed to consult with the Imam who has power to veto unislamic decisions (like canceling contracts) as outlined in the constitution:

….The Imam of PGMA has the right to veto any decision taken at any level of PGMA if he deems it in violation of Islamic laws …

5. The Shura refused to submit to any type of arbitration as outlined in the contract and the two sections of:

… resolved by an Islamic arbitrator/s agreed upon by both parties…

6. The Shura’s story keeps shifting and many unfounded rumors are spread about the Imam, to undermine confidence in him and causing him emotional distress. Regardless of the type of contract The Shura signed with the Imam, the Shura has an obligation to abide by the Bylaws and by the Covenant of Good faith and fair Dealing.

The constitution of PGMA refers to the contract with the Imam:

Refer also to the PGMA Handbook:

7. Another statute based exception to the “at will” presumption is Retaliation. Employers are prohibited by Federal/State laws from firing employees in retaliation…

The order of powers starting from the highest is the United States Constitution, federal laws, state constitutions and state laws:

A state's nonprofit corporation statute supersedes any provision of the organization's Bylaws.

8. Islam attaches great importance to the honoring of contracts. The Holy Quran states:

“And for their breaking of the covenant We cursed them and…” [5:13]

“O you who believe! Do not betray Allah and the Messenger, nor knowingly betray your trusts” [8:27]

The Hadith Sharif of the Holy Prophet (PBUH) states that the sign of a hypocrite is:

“If he makes a promise he breaks it, and if he makes a covenant he acts treacherously” (Bukhari)

The contract with the Imam contains two provisions:

This is against common sense and will lead to expensive and lengthy conflict resolution.

Courts take the “power imbalance” in employment relationships seriously: there is a need to “protect the weak (Imam) from the insults of the stronger (Shura)”.

Furthermore, an employee who is retained on a series of fixed-term contracts for seven years or more may be considered by a court to be an indefinite employee (permanent), regardless of the language of the employment agreement.

One of the fundamentals of Maryland employment law is:

“… Maryland courts have held that an employment relationship presumptively is at will unless the parties clearly and expressly set forth their agreement that the contract is to last for a specific period of time.”

9. The Shura violated the constitution when it ignored the recommendation of the General body meeting on July 8th:

2. To make recommendations to Board of Trustees …

10. The Shura keeps offering to pay the Imam for the remainder of his contract and have him leave immediately and spreading rumors that he accepted the offer. This is unethical and wastes the community resources.

For all the mentioned reasons, we, the members of PGMA, ask the Shura council to:

- Rescind their decision of dismissing the Imam and inform us as soon as this letter is received.

- Go back to the business of the people, as this decision has polarized and paralyzed the whole community.

- The community and the next Shura will make the final decision.

Asking both the Imam and the Shura to stay does not stem from weakness. Instead, it is for the sake of healing the community and avoiding protracted and costly battles that will sap our energies, waste our resources, and may endanger PGMA.

We stress the fact; there may be hidden powers with evil intentions, fueling the flames on both sides, trying to split the community irrevocably. We need to have fear of Allah (SWT) and be mindful of That Day when He will ask us about our actions.

There are rumors about the Shura hiring a new Imam without any consultation with the community, to lead the Eid prayer. This is totally unacceptable, violates the Bylaws, and will inflame an already tense situation. The members of PGMA want Imam Ahmed Elzaree to lead the Eid prayer Inshallah as he has done in the last 7 years.

With the help and guidance of Allah (SWT), the members of the community have the ultimate power to recall and replace the members of the board if compelled to do so, and can also call for a special General Body meeting (1/3 of members) if the need arises. See:

Prepared by: Dr. Mohamed El-Baraka in consultation with members of the Community