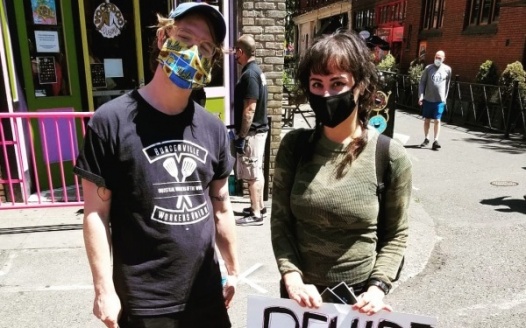 Nearly six months after laying off their unionized crew, Voodoo Doughnut is still refusing to bring back union workers.

Doughnut Workers United is asking you, the community, to please sign this petition to encourage the company to rehire their union staff, who are ready and willing to return, instead of put of company staff.

The following employees are ready and willing to return to Voodoo Doughnut upon request:

In light of Voodoo Doughnut opening their Oak Grove location, as well as reopening the Davis location, the Doughnut Workers United believe this is not only the morally and legally right thing to do, but also the most professional thing to do for their staff.