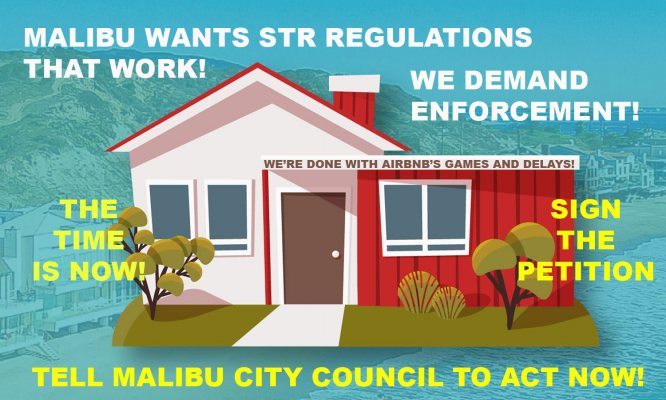 Regulate Before It's Too Late!

The City of Malibu has been discussing the regulation of Short-Term Rentals for nearly 4 years without taking action. Residents are demanding that City Council act in accordance with Malibu’s Mission / Vision Statement and City Council Policy #15 which states: "The general welfare of the City’s residents shall always be considered as primary to any special interests of any individual or group of individuals or the interests of any individual elected or appointed City official.”

The Malibu Road Homeowners’ Association, along with several other neighborhood associations, now ask the City Council to: