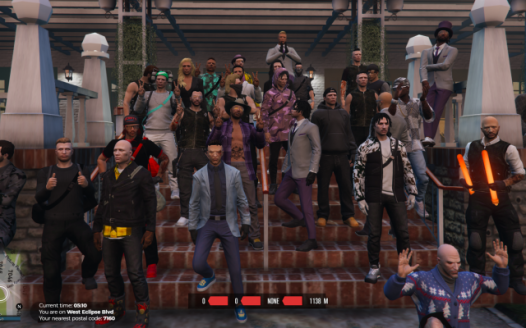 As a Benny's manager, I have seen the city's problems, and in my opinion and other's opinions, it is a good idea to have meetings somewhere in discord with leaders of every gang, benny's and PD. All sides need to say what problems they see, and what we are NOT going to do is turn it into just a crim vs. PD debate. (like what the DOJ meeting was) We need to point out the bugs we see as players and we should hear what staff is currently working on, to the best of what they can say. For me Porky, on Tuesday I sat at Benny's for 3 hours for only 5 people to show which is extremely low, last week I would sit at Benny's for 1 hour for a max of 15 people which is the norm. I love this city and many others do too and we don't want to see things like loss in population turn into a ghost town. All of us in the city that plays want to see this city flourish and people are leaving because they don't see the changes that are made and if we were told of those changes not just when it's done but what's being worked on currently. I think and others do too, that there should be at least 2 meetings not in the city so we can go out of character and talk about what bugs the players see the most and what we think should get fixed. The staff and/or Devs should relay some of the changes that are being made, so that the leaders of the gangs, organizations, and the leaders of the city that everyone looks up to can confidently tell them that there is changes being work on, for the better of the city and everyone there. So that there is communication from both sides on what should be fixed first and what shouldn't be. We need a change in the city and both players and staff need to talk about what is making the city not playable so we can all make a difference and help the city flourish.