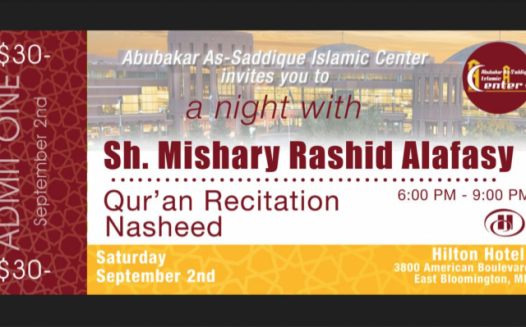 Many families paid $200+ on the night of this event with the promise of naheeds and recitation by Sheikh Mishary AlAfasy Instead this is what happened:

Take a look at the flyer yourself (attached image). We have been to numerous Islamic events and this was by far the worst. We were promised a night with MISHARY ALAFASY with his recitation of QURAN AND NASHEEDS. We didn't get that promise. We demand a refund.