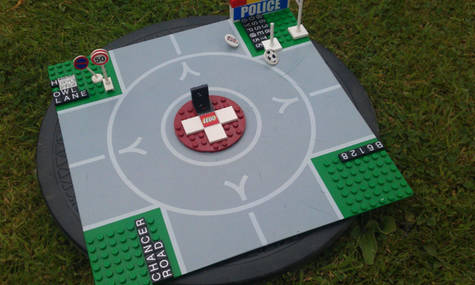 By Law all speeding convictions on the road are unlawful. The Ossett bypass A638 Dual Carriageway in West Yorkshire has been a purposely constructed, planned and co-ordinated Police entrapment road since at least the year 2000. The road signage and markings have been illegal and not correct for this period of time since it was changed to 50mph from the previous National speed limit. The speed limit has not been legally enforceable during this time because of the road traffic regulation act and Police use of speed and red light detection technology guidelines. The signage must comply with TSRGD and the updated prescriptive measures.

Similar roads outside Wakefield Carr Gate polce College, Cheshire Police headquarters and Lancashire police headquarters are National speed limit but do not even have as great safety profile as the Ossett bypass framework structure.

Here is my Full investigation into the Road:

In addition to the road signage being illegal, a Wakefield Europort sign that subconciously resembles a National speed limit sign has been in place next to the M1 entrance to the bypass which links this speed entrapment site to the local council and Government. Drivers entering the area from the M1 motorway have been misguided by this sign. The 50mph Traffic regulation order was put In place with consultation by the Chief of Police at the Time. Please see the link in the Wharfedale observer where drivers were refunded fines after similar legal mistakes of road traffic enforcement. http://www.wharfedaleobserver.co.uk/news/1990095.l...