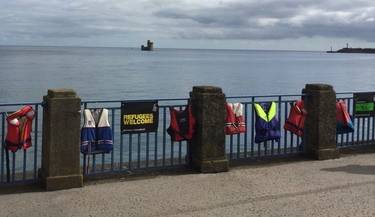 REFUGEES WELCOME TO THE ISLE OF MAN

247 people have signed this petition. Add your name now!

We, the undersigned, call upon the Isle of Man Government to reconsider offering to take a fair share of Syrian refugees fleeing war and persecution through the UK's Syrian Vulnerable Person's Resettlement Scheme. This would mean a commitment of approximately 25 refugees coming to live here by 2020. (There are individuals and companies on the Island who have offered enough housing, resources & support services for far more than the 25 refugees we are asking for. This is an opportunity for the Isle of Man to show that, as a mature and responsible society, we are willing to offer sanctuary to innocent victims of war and persecution.) PETITION IS NOW CLOSED - Together with paper signatures we have over 1000 supporters and we will be handing in the petition early in 2017. THANK YOU !