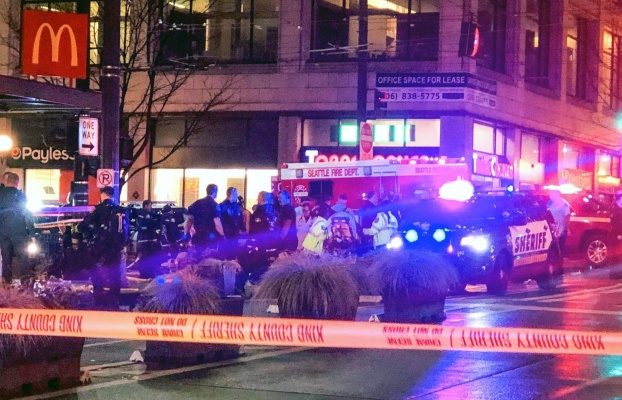 1268 people have signed this petition. Add your name now!

Speak Out Seattle 0 Comments
1268 people have signed. Add your voice!
2%

Enough is enough. We the people of Seattle and King County call on our elected officials to reform the revolving door criminal justice system that treats prolific criminals as victims and treats the public as if they are unworthy of protection.

We are told that crime is down and that we should not be fearful. But we know what we see every day in our communities. We see crimes being committed openly, in the presence of police officers, by emboldened lifetime criminals. We see police work being undermined by the de facto legalization of many crimes and a criminal justice system that simply releases violent offenders back to the streets to harm us again.

Three reforms should be implemented immediately. These reforms will save lives and prevent harm to many people in our communities in the coming years.

1. We need common-sense sentencing reform and better enforcement of existing gun laws. Prolific violent repeat offenders who commit 20, 30 or 75 crimes should face meaningful prison sentences that prevent them from continuing to harm innocent people in our communities. And offenders who suffer from mental illness or drug addiction should receive the treatment they need while in prison.

2. We need more police officers. And that means our elected officials need to stop treating police officers as villains and instead publicly express support and appreciation for the brave women and men who put themselves in danger every day to protect us from harm.

3. We need a public safety advisory council made up of victims and victim advocates to review our prosecutorial standards for charging and dealing with prolific and/or violent offenders; as well as, engaging other stakeholders in the issue. We are tired of city and county officials wringing their hands and doing nothing but react with "emphasis patrols", or similar actions, after a tragedy has happened. Let's be ahead of the game. Let's start by keeping dangerous, repeat offenders off the street for a time, rather than having the revolving door that our criminal justice system has become.

The time to act is now. Add your name to this petition and speak out for reform.

Learn more and find updates on this issue at speakoutseattle.com