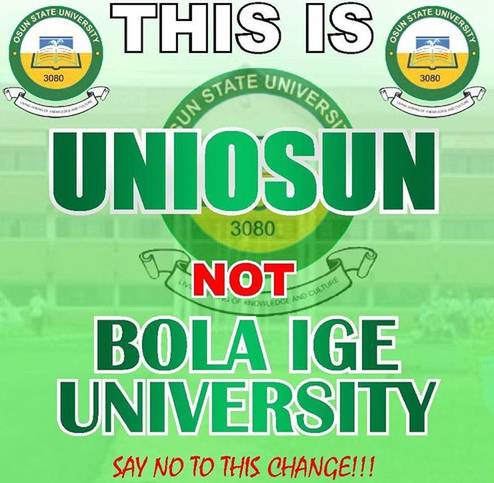 The Governor should have consulted widely with the house of assembly, staff and students before making such a decision.

We are no longer under the military era, where the Governor can just wake-up and do whatever he likes.

A former leader of the country once made the move to rename the University of Nigeria, (UNN), Nsukka after Nnamdi Azikwe, the first President of Nigeria.

Azikiwe was alive at that time rejected the offer, emphasising that UNN has its history and it will be unfair to distort the history which the name of the institution portray.