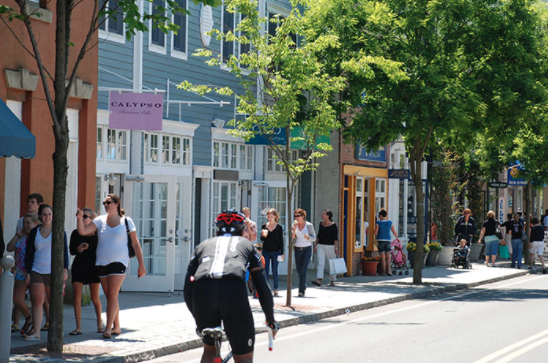 In an effort to maintain the character of our small walking village and improve the safety of it's residents and visitors, we are asking the Village Board to reduce the speed limit from 30mph to 25mph and to seek approval from NYS where necessary.

Route 25 spans 1.3 miles through the village on Front and Main Streets, reducing the speed limit from 30mph to 25mph would result in less than 30 seconds of added travel time.

We believe the safety gains far outweigh any added inconvenience:

As we have explored this issue, some have pointed to insufficient enforcement of existing laws as reason to maintain the status quo however, as the safety statics above show, there is a lot to be gained by reducing the speed limit by just 5mph. Perception, reaction time and crash outcomes are far better at 25mph vs 30mph with very little change in driving time.

A discussion surrounding enforcement is an important one but it should not stand in the way of implementing sensible traffic laws to promote safety and a better quality of life for our village residents. Updated signage encouraging drivers to travel a bit slower on our streets is a huge step in the right direction.

Several other municipalities and towns on Long Island, NYC and throughout the country have enacted this same reduction in speed limit (Sag Harbor and East Hampton went to 20mph) with great support and have noted that minimal cost was incurred when implementing the new laws.

Greenport is a walking village and that's a big part of its charm. We should preserve this and we encourage elected officials to make common sense changes that achieve this goal and make it safer for residents, commuters and visitors alike.