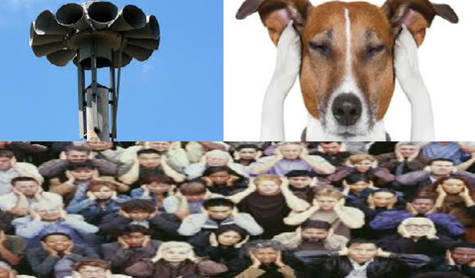 The Bryn Mawr Fire Company (BMFC) currently uses an antiquated civil defense siren (roughly 90 years old) which represents a significant audible intrusion on virtually every business, resident and pedestrian in the community. The model of siren, which ceased production in 1955, was used in the event of military attacks and emergencies and, based on an independent sound study conducted in 2016, operates at a highly intrusive 114 decibels (per study, the threshold of pain is 120db, 110db is the typical sound of a night club with a rock band playing and the 100db is equivalent of a subway train passing at 10ft away). Newer models of the siren and, more importantly, the implementation of more advanced technologies such as pagers, texting and mobile/smartphone apps* (all of which are used currently by BMFC) have rendered the current siren obsolete. Over the past few decades, throughout Lower Merion Township, the majority of fire departments have discontinued the use of their sirens (or installed newer, less intrusive sirens) without incident.

Unfortunately, despite the above and even a prior offer from a private party to pay for the replacement of the current siren with a new shorter duration and lower volume alarm, the BMFC still operates its antiquated siren.

This petition and your signature is to show the BMFC that while you support and appreciate it and their dedicated volunteers and the valuable service they provide the community, the use of the current siren is no longer necessary and creates unnecessary and harmful noise pollution in the community.

* Smartphone apps even allow the fire department leadership to know which and how many volunteers are able to respond.