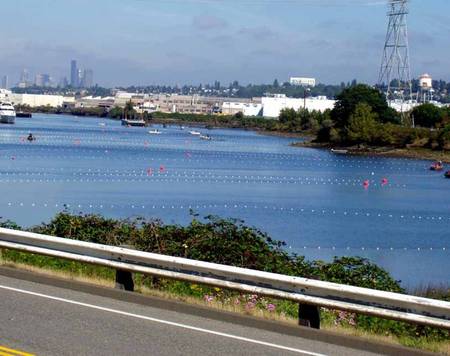 As you begin the 2016 Pacific Fishery Management Council meetings, we the undersigned want to ensure that you had heard directly from us about the key issues driving Seattle-area recreational salmon fishing. Specifically, in the aftermath of the cancelled 2015 Area 10 chinook fishery, we wanted to unequiocally state that both last years process and results were both blatantly unfair and run counter to the Supreme Court’s 1976 guidance on Boldt. Let’s talk about specifics...

2016 cannot see a repeat of the broken process from last year. Up to and including the final days of the season setting process, the recreational season for Area 10 was adequately sized in all the plans and model runs. At the 11th hour, we all know this season was scuttled under threat from the Muckleshoot Tribe. This year, the department must enter the negotiations with a clear plan that prevents this sort of last-second extortion from being successful. Are you prepared to conduct reasonable and orderly fisheries under threat of lawsuit? If not, you’re going to be overrun yet again.

Beyond process, the results themselves last year were unacceptable. The final word from the US Supreme Court (‘79 ruling, Justice Stephens) saying “Both sides have a right, secured by treaty, to take a fair share of the available fish.” and additionally “the 50% figure imposes a maximum” allocation of fish to the tribes. Furthermore, the courts clearly indicate that fisheries should be managed on a “river-by-river, run-by-run basis”... With this all in mind, the allocation of impacts on Lake Washington Chinook in the 2015 season must not be repeated. Last year 71% of the allowable impacts were awarded to the tribes in this process, with only 29% non tribal (including both commercial and recreational)... To have cancelled the recreational fishery, and to have allowed the Tribal fisheries to proceed with this outsized allocation of impacts, is a result we cannot see repeated.

As you undoubtedly read in Gov. Inslee’s letter last fall, he has asked you to “consider economic factors when setting seasons”. Not only do we agree with the Governor, but we also would ask that you heed the Supreme Court’s guidance above. Please prepare yourself for the inevitable attempts at last minute coercion that Phil Hamilton will surely employ. If the tribes want to cut our seasons because of the challenging forecast, you should be prepared to insist that the non-tribal impacts will be curtailed if-and-only-if the Tribal allocations are at 50% or less. Until that happens, surrendering recreational fishing opportunity is both economically and legally unsupportable.