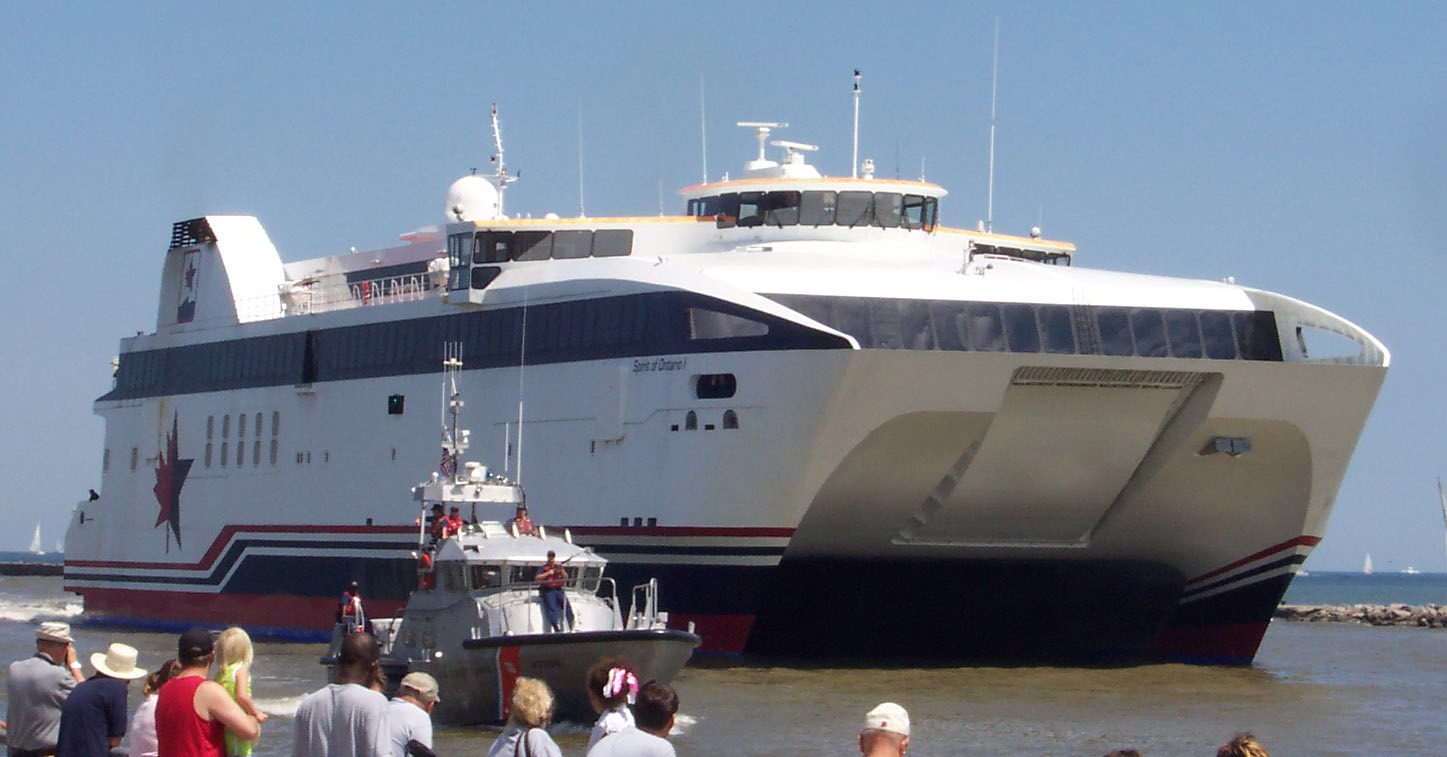 Recreate A Ferry across Lake Ontario!

About 10 years ago, Rochester invested in a ferry that could transport people between Rochester and Toronto through lake ontario rather than having to go around the entire lake to get to Rochester!

What usually takes 5-6 hours instead takes 2 hours and a lot less gas. It was a 5$ ticket to get on the ferry. It took 750 passengers, cars, buses etc, daily.
Now there's alot of smack this project gets for being very badly managed, so maybe we could get the idea started up again with more realistic management.

Apparently it got cancelled quite abruptly because they hadn't marketed it well enough and it wasn't as busy as they had hoped. It also mentioned that it wasn't very popular in Toronto. As a Torontonian, I know that as of right now, many people here that I know would be interested in this. Sign this petition if you think this should be brought back again (Or at least a service that's more realistically and carefully managed).
If we don't get its popularity up, it might never happen.
Sign this petition if you think it might be a good idea to restart this and get people transported across lake Ontario!