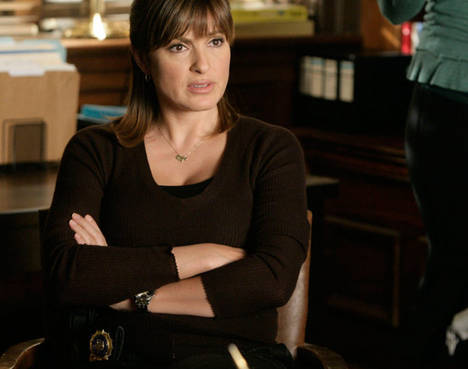 453 people have signed this petition. Add your name now!

Many people know of the 2nd longest running Law and Order, "SVU" and it's gruesome yet informative stories.

Not only do they investigate the vicious crimes, sometimes they are a part of said crimes.

Olivia Benson is currently the only original character from the original SVU and has been put through countless hostage situations and has been kidnapped and sexually assaulted herself.

With that being said, this petition is to have the actors and/or writers reconsider continuing down a path for Olivia Benson that is in no way a path she'd ever delve into.

She's a fictional character, yes, but she's a beacon of hope and light for victims of sexual assault, domestic violence and child abuse.

Her being in a relationship with ED Tucker makes absolutely no sense and contrary to "some" belief, there has never been any history or comradery between the two as Tucker was only a side character there to create tension within the SVU family.

Also, not once, but twice, he has thrown Olivia's sexual assaults in her face and with her being a newish mother and still dealing with a therapist for her PTSD, how was this thought as acceptable?

This is a friendly petition for anyone who wants their voices heard and for their favorite heroine to be written in a more honorable way.

If you don't think it's a big deal, please feel free to ignore.

Attached is a well written essay on why many fans feel this way.

You can find that essay here.

Essay written by @ManhattanSVU on twitter. There's no affiliation between this person and those running this petition.