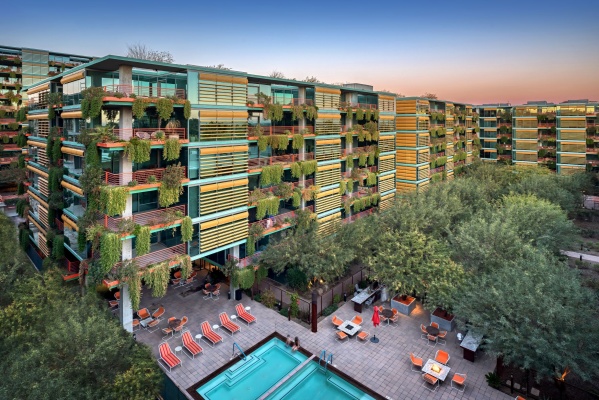 Ed has worked for Blue Steel Security for the past three years faithfully serving Optima Sonoran Village. He recently lost his job because his child care provider fell through and he was unable to find an immediate replacement.

This petition is to demonstrate Ed’s value to the Optima community and request the Blue Steel reconsider Ed’s termination.

Re: Recommendation for Ed Nagle

Ed Nagle has faithfully served the Optima Sonoran Village community for the past 3 years. His dedication to service and the community has been exemplary and exceeded the duties and responsibilities of his role.

Ed has provided a level of service that clearly surpassed what’s expected from the position. He’s truly integrated himself into our community; personally knows scores of residents by name, and taken the efforts to know their dogs names. The community adores him, as do the staff, and he is seen as a leader by his colleagues.

On many occasions he has likely saved the Blue Steel client; the Optima Property, perhaps untold liability, embarrassment, and secured the safety of multiple residents. Night after night he has assisted inebriated party goers, even being assaulted in the process. These incidents have been documented, some witnessed by other residents, but without his intervention those incidents may have ended in a different manner. On many nights he has helped residents to their building entrance, called for medical assistance, and has always been a trusted guardian angel.

Ed is a Veteran of the United Stated States Army Infantry. We can attest to his loyalty and honor and dedication to serve. He has upheld those ideals close to his heart and his selfless nature is paramount to his being.

Blue Steel is also aware he just went through great personal hurdles to bring his children to Arizona. I would hope that a company would show the same level of dedication to their staff that he has shown to his company and community especially for a single father, and more so during the holidays. Ed Nagle is truly a leader, and should be seen as one, he is known as one by the hundreds of residents on the property that he secured daily. Blue Steel should not only reinstate Ed Nagle immediately to the Optima Sonoran Village, because it’s his home, and he is a member of ours, but also promote him to a greater position of responsibility as a supervisor.

Thank you for your consideration,