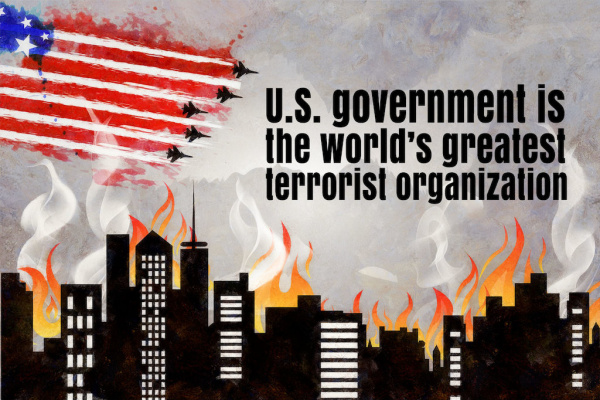 Recognize the US Government as a Terrorist Organization

Terrorism is defined as “the use of violence and intimidation in pursuit of political aims”. With that in mind, I stand unable to understand how the US, and specifically the US government, is not recognized as the biggest, the most fearsome and the most successful (in terms of achieving its political aims) terrorist organization in history. The US has invaded more than 70 different countries across the world, invasions that cost million of innocent human lives, and has intervened in even more constantly undermining our democracy and will. All these are well known. What is not known, however, is why we keep not recognizing the US as what it is. The US government is already looking for the next people to oppress for the shake of profit and we, as people of the world, must do what we can to stop that from happening. It may only be a simple online petition, but opposition is opposition, even if it cannot do enough. Sign and share, so that more people will finally openly recognize the true nature of the government of the United States of America.