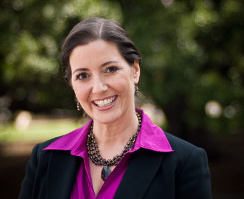 The Charter in Section 207 provides in part: "The Council shall be the governing body of the City. It shall exercise the corporate powers of the City and, subject to the expressed limitations of this Charter, it shall be vested with all powers of legislation in municipal affairs adequate to provide a complete system of local government consistent with the Constitution of the State of California." When it comes to the powers of the mayor, the Charter in Section 305(b) says that the mayor has the power to "[r]ecommend to the Council such measures and legislation as he deems necessary and to make such other recommendations to the Council concerning the affairs of the City as he finds desirable. Obviously she believes that the people of Oakland are ignorant to the facts and blind to the law.

Oakland is more than just the hills and the gentry. Let's take Oakland back and have a REAL election with REAL choices for leadership. RECALL LIBBY SCHAAF! STOP THE SHAFT!