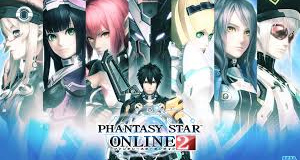 As we approach our third year since the western announcement of PSO2 we would like you to notice the fan-base for this game. There are 100,000 followers on the Facebook page alone. Not to mention, there are gamers who would be thrilled to the a new AAA MMORPG on the market with bosses that require skill outside of a DPS check. Phantasy Star Universe was a game that brought endless hours of entertainment an dungeon bosses with actual mechanics that seem to have died out in today's MMORPG world. With a western release of PSO2 especially console there would be a huge spark in nostalgia and rise of new players. We demand the release we were promised, and not only do we demand this for the return of our trust, we also demand not to be left out of a sequel if and when it gets announced.