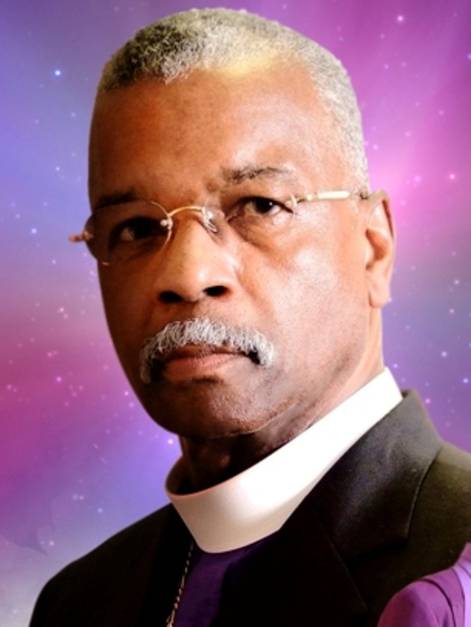 We are members and leaders of Greater Mitchell Temple Church of God in Christ, Inc. and Michigan Southwest First Ecclesiastical Jurisdiction under the pastorate and leadership of Bishop John Henry Sheard. After much prayer and contemplation, we felt burdened to share with you our sentiments about your recent attacks against our pastor and jurisdictional leader. It saddens us that we must occupy precious time writing to you under such troublesome circumstances, but we feel that we need to do so for the sake of God’s honor and in support of Bishop Sheard.

Allow us to tell you about the man whom you so callously called “a crook.” Bishop John Henry Sheard is an honest, integral and productive contributor to our church, community and society as a whole. He has been married to and living with the same woman, his beautiful wife, for almost 60 years. He has earned three degrees from nationally recognized and accredited institutions of higher learning. He retired as a celebrated public school teacher. He is a respected businessman, having amassed great wealth as an entrepreneur. Bishop Sheard has personally purchased homes, churches and vehicles, and secured debts for members of his congregation and abroad; having done all this without duplicitous behavior.

There are countless individuals, young and old, in Detroit and abroad that soar in their life, ministry, business, or career success because of his teaching and mentoring abilities. In 34 years of servant leadership as pastor of Greater Mitchell Temple Church of God in Christ, he has never taken a salary. The church has never lacked, been subject to foreclosure or experienced a financial liability that could not be answered. Nor have members of the congregation gone uninformed about the business of the church. In fact, for most of the years, he has personally satisfied the debts of the church, keeping the ministry operating at capacity. This is true of his jurisdictional leadership as well.

As members of the church, we cannot stand idle as you continue to “report” vicious, unfounded, and simple lies against our pastor and Jurisdictional Prelate. We are severely disturbed at your approach to handling your obvious disdain for the leadership of the Church of God in Christ, Inc. Where in the scripture are we commanded, or commended, to levy attacks against those in the church in such a manner? Even more, when has it ever been scripturally sound to present unfounded claims against a brother or sister in Christ without having first approached them directly? We are certain you will not find such a scripture.

Dr. Carter, as we have viewed your January 13, 2015 post to YouTube, where you leveled attacks against Bishop Sheard, it became quite obvious that someone “reported” to you some false and misleading information. Perhaps, you are taking cues from the gossip blogs and tabloids as to how you “report” information. Even so, had you taken time to corroborate, you would find that the information is meritless and has been sacked on two separate occasions by a court of law. But something in our spirit still did not sit well, and we finally discovered why!

The answer to our discomfort lies in your October 20, 2015 YouTube broadcast of the 7000 Club, which, might we add, is a deceptive marketing practice and should be reviewed for copyright and trademark infringement by Dr. Pat Robertson and the 700 Club, but we digress. In your video, you presented an apology to Bishop John Henry Sheard after “reporting” that he had “taken money from another Bishop,” going as far as to call him “wicked and no good.” In your video, you offered an apology, stating in part, “Bishop Sheard called me…he’s a man, a real man. I corroborated what he told me with [the other Bishop.] I’m sorry. Hit by friendly fire. In shooting, sometimes your shooting hits the wrong person.” You continued on by making mention of his accomplishments since becoming Chairman of the Board of Bishops, stating in part, “I think that’s commendable. I salute you.”

Wow! We applauded the apology! So what happened between October 20, 2015 and January 13, 2016? Perhaps someone made a substantial “donation” to your “ministry” for you to present false and misleading information? Who knows? But it’s quite obvious that you are now in this for the hype—exaggerating your self-importance.

Considering your purported level of education, allow us to level with you from the academia realm. A good student understands that his information is only as good as his source. It’s high time you stop receiving false “reports” and do your research—searching the scriptures first. You purport via your YouTube Channel that you are sharing a “Prophetic Message of Deliverance to the nations with a Kingdom Agenda.” Considering the damnable discourse you continue to present, we cannot help but stand in total disagreement with your claim.

We earnestly pray that you would reexamine your behavior and approach, going on to seek repentance and healing from the Father. The scriptures declare in Proverbs 6:16-19 KJV, “These six things doth the Lord hate: yea, seven are an abomination unto him: A proud look, a lying tongue, and hands that shed innocent blood, An heart that deviseth wicked imaginations, feet that be swift in running to mischief, A false witness that speaketh lies, and he that soweth discord among brethren.”

The Lord Jesus Christ be with thy spirit. Grace be with you. Amen.