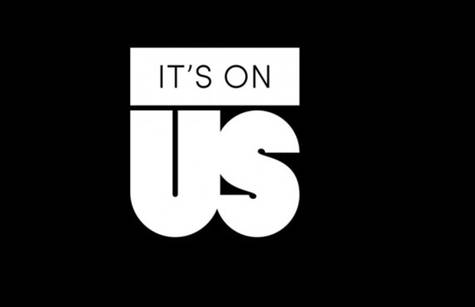 373 people have signed this petition. Add your name now!

We would like to see the Trois-Rivières UQTR EIF administration held accountable on how it addresses sex education, consent and sexual assault. Keeping everyone safe and feeling safe is the responsibility of this program.

The change that we want to see take place:

Explore, EIF, and UQTR should all define their policies on sexual education, sexual assault awareness, education about consent, training for staff on these issues, and the provision of resources to survivors of sexual assault.

The Explore Program is a Canadian, federally funded language immersion program that was founded in the 1970's.

For many of us, the focus of our time here has shifted from language and cultural immersion to being exposed to, enduring and challenging the ignorance and complacency of the people at the Université du Québec à Trois-Rivières (UQTR) who are reinforcing dangerous ideals. The staff here have been continually and overtly perpetuating ableism, rape culture, racism and patriarchy through what they consider are "jokes" at mandatory information meetings for all Explore participants as well as at informal gatherings, and the administration here has been extremely resistant when these issues have been brought to their attention.

Written by Kyla Jamieson:
At one of the first mandatory assemblies, at which there were children and survivors of sexual assault present, employees of the program ("animateurs") performed a skit that trivialized rape.

In the skit, a few girls go to a bar and are dancing. A male character appears and puts GHB in one of the girls' drinks. A few girls drink from this cup and two pass out. The would-be rapist attempts to drag one of the girls off stage, but is too weak/gives up. He does not attempt to drag the other girl, who the animateurs have established as a frumpy/loner type, off stage--apparently because she is too unattractive to rape. The animateurs presented this as a comedic sketch, and many students laughed and clapped, as did the Explore staff who were at the assembly watching the skit. Like so many other rape jokes that are not funny, this one did not make a commentary about rape but rather made date-rape drugging, and a potential rapist choosing not to rape someone because she was too unattractive, the punchline. Unlike so many other not-funny rape jokes, this skit was not performed in a comedy club but by employees whose funding, I believe, comes from the federal government of Canada.

Many students did not find the skit entertaining. Some found it triggering. I know this because students sent me personal messages stating their discomfort, but also because one student, when asked to do an oral presentation about an "uncomfortable moment" in class, spoke about having to sit through that skit.

After this GHB skit was performed, I participated in a mandatory conversation workshop where our instructor had us draw comics; part of the activity included us acting out the comics once they were completed. Before starting the activity, the instructor told us not to draw anything we wouldn't want to act out. Groups took turns drawing a few scenes of a number of different comics, and the group that had started a comic had to act out the entirety of that comic. One of the groups, with help from the instructor (who they asked about vocabulary--he knew exactly what they were writing) drew scenes for a comic in which a female character was date rape drugged. In the next scene, she is pregnant--which implies she was raped. My group was expected to perform this comic in front of the class, and I told the instructor I was not comfortable doing so. He then made it my responsibility to edit the comic into something I was willing to perform. I also told him about the date rape drug skit; his response was one of complete apathy.

I brought these incidents, as well incidents of racist and ableist "jokes," to the administrators here in Trois Rivières. I was told that the reason for the skit was that "every time we run the program a girl is raped and/or drugged." Later, another administrator told me this was an exaggeration. So far, the only resolutions to this situation that the administration has undertaken or promised to undertake are solutions I insisted on, such as an apology and showing a short video about rape culture/consent at an assembly, in an attempt to transform the impression the animateurs' skit created--that rape is a punchline, as opposed to a social issue. They have promised me that this skit won't be performed in the future--the problem with this is, since the skit was the administration's way of raising awareness with students about sexual assault, how will they raise awareness/address this issue in the future? All of my interactions with the administration here have suggested to me that the administration is uninterested in understanding how this incident was problematic, educating their staff, implementing policies around how sexual assault is discussed, or making adequate resources (i.e., not only available in french) available to sexual assault survivors.

The incidents that we have endured here in Trois-Rivières - and the countless other stories we have heard from other friends who have participated in Explore in other cities/towns previously - have been unacceptable. What are Explore's policies on sexual assault education? What training and resources does Explore provide to staff or, otherwise, the standards of training that they hold the universities involved accountable to and the resources they provide to them? What resources are made available to program participants?

Please join us in our fight to re-educate UQTR to ensure that these issues will be appropriately addressed for the future.