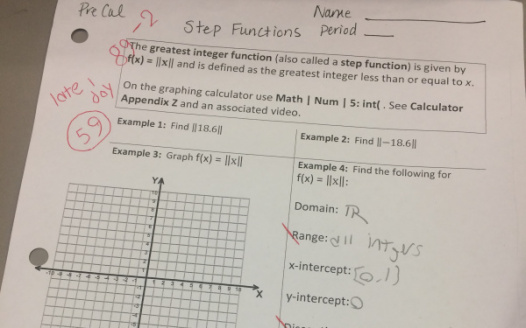 too many late points

491 people have signed this petition. Add your name now!

“For late assignments that are not considered make-up work, the following calculations apply for assignments turned in within the three-day period.

This can not be true with this grading policy. A student's grades can not accurately reflect the student's knowledge of the topic. If a student was to make even a 89% which would be considered an average grade, but have it one day late it would be an 59%. This does not accurately reflect the student's knowledge and is setting them up for failure. As it currently stands, the grading policy simply reflects the grading of the timeliness of the assignment not what the student has learned. RCISD offers several extracurricular activities such as basketball, football, softball, soccer, band .etc. Students that participate have to attend activities outside of school games, practice, rehearsal, concerts, trips, and other activities. This puts stress on these students who have to stay out late participating knowing they have two or three assessments due tomorrow, but that they don't have adequate time to complete them. This affects their grades negatively, guaranteeing them failure, discouraging them, and negatively representing their knowledge by lowering their grades.

I propose that the grading policy be changed to what it was last year. For late assignments that are not considered make-up work, the following calculations apply for assignments turned in within the three-day period.

This change would be beneficial to all students especially those in extracurricular activities. It would more accurately reflect a student's knowledge while still providing a punishment for not turning work in on time. And relieve some of the abundance of stress high school already has to offer. So sign the petition today!