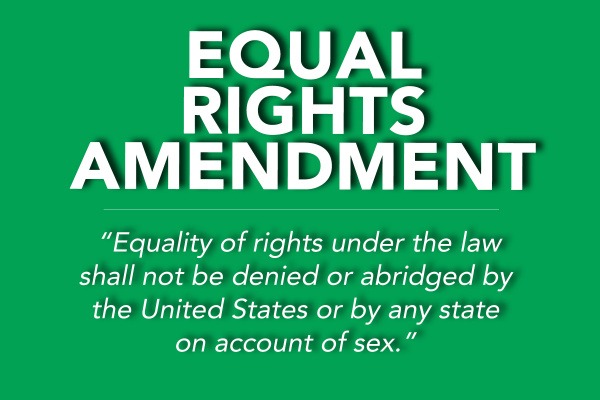 It’s almost 2020. Women still don’t have equal protections under the United States Constitution, but Utah has an opportunity to change that.

Congress passed the Equal Rights Amendment in 1972 and sent it to the states to ratify, to which 35 of them did. 45 years later, in 2017 and 2018, Nevada and Illinois became the 36th and 37th states in the union to ratify the Amendment. The U.S. is just one state short of the 38-state requirement for adoption of the ERA.

We want Utah to be the 38th state! Utah men and women enjoy equal protections under our state constitution, but they are not protected equally on the federal level. Utah has a chance to elevate equality to the rest of the country and enshrine equal protections from sexual discrimination in our most sacred document - the Constitution of the United States.

Please join us in supporting this historic opportunity for Utah to lead the way and lift the country where it needs to be. One value we can all agree on is that everyone deserves an equal shot. Let's do this, Utah!

***Please add your DISTRICT or ZIP CODE in the Comments so we can take it to your legislator!***