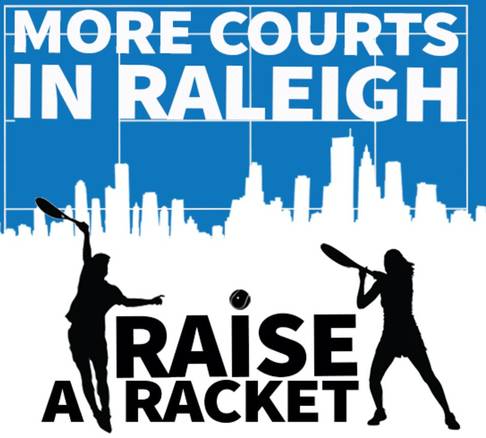 Raise A Racket for More Courts in Raleigh

1138 people have signed this petition. Add your name now!

The Raleigh Tennis community is booming. The number of players and leagues in Raleigh are growing faster than any of the other Southern region cities second only to Atlanta. Unfortunately, with no new courts built since 1997, the City of Raleigh's courts have not kept up with that growth.

Stagnant growth of courts has lead to above average wear and tear on existing courts, safety concerns, and staggered league matches. Without new courts, we have limited our ability to continue to grow programming or welcome large, revenue producing tournaments to the area. Join us in raising a racket at city council to petition for more staffed courts in Raleigh.