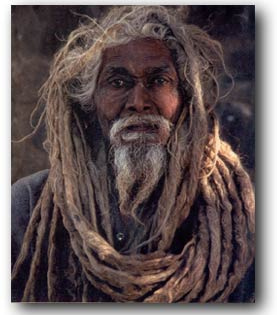 Issues of Racism and Cultural Incompetence at JHUSON

Unfortunately, another incident among many reflecting a larger issue of ignorance and cultural incompetence at the Johns Hopkins School of Nursing occurred on Monday June 15, 2015, during the Nursing the Childbearing Family lecture. We were presented with an image of a Black man with locs for his chosen hairstyle and told that it was the best illustration that could be mustered to represent the “dread” we might be feeling about the class. The man was able to be so dehumanized that the professor was able to use the name of his hairstyle to talk about dreading the OB course.

After the presentation of this slide, one student in particular had to endure the uncomfortable stares of her peers around her in class due to the fact that she has locs. The professor may as well have put the student's photo up. The professor made a remark about this student's departure from the classroom, but was totally oblivious to the offensiveness and implications of the slide and the reasons that she left. Furthermore, this student has not felt comfortable going back to class since the incident.

This petition will be presented to the administration soon. Please sign below to show solidarity in support for the changes that members of our SGA and Diversity Committee have already been pushing for as well as the following:

In the short term-

1) To have the lecture removed and edited so students can learn from the material without distracting remarks.

2) An official exploration into the Curriculum Committee’s purpose and the quality of work in regards to issues of diversity and inclusion. This exploration should come from outside of the School of Nursing.

3) Mandatory training on micro aggression and negative imagery for everyone including all staff members. This training should come from outside of the School of Nursing.

4) An increase in need-based student financial aid for Black Students from Baltimore City.

5) The creation of a program such as Fuld Fellows that is open to any student who is interested in doing research and projects on issues of social justice, diversity and health that help uplift the poor of Baltimore City.

6) Appropriate inclusion of ethnic groups consistently underrepresented in our lectures.

In the long term-

1) Systematic change that involves in depth training for all professors, clinical instructors, and faculty on issues pertaining to cultural humility that is mandatory and funded fully by the institution.

2) The training should be organized and led by an outside organization that specializes in such training like Baltimore Racial Justice Action.

3) There should also be critical oversight and evaluation done on the school annually with regards to issues related to cultural humility.

4) To see a bold increase in the number of tenured faculty and students in the school of nursing that is more representative of the population of Baltimore City. If more minority students are not in the classroom these incidents will continue to go unchecked. This can be accomplished through a pipeline or partnership with institutions such as Morgan State University.