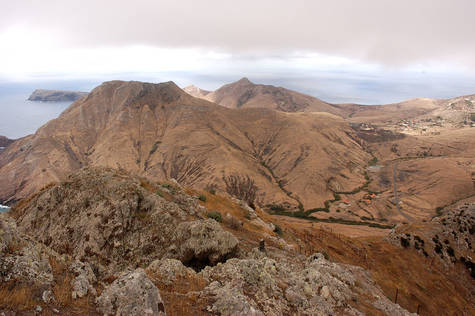 In response to the ongoing global biodiversity crisis more than 20 billion euros are annually spend in biodiversity conservation.

Islands harbour a disproportionate number of the planet’s terrestrial species (~15%) in a small fraction of the planet’s terrestrial land area (~5.5%). They host some of the most vulnerable habitats and their biodiversity has been majorly affected by both historical and present-day anthropogenic threats such as invasive species, climate change and pollution. As a result, two-thirds of the recent extinctions were of insular species and more than one third of the currently critically endangered species are island-dwellers.

The European rabbit (Oryctolagus cuniculus) is globally considered among the 100 most invasive species. Introduced to more than 800 islands worldwide, they are, together with goats, the herbivores responsible for most of the damage to invaded insular ecosystems affecting the abundance and composition of native fauna and floras via direct (e.g. herbivory and nest disturbance) and indirect pathways (e.g. competition for food and hyperpredation). The most important impact of rabbits is overgrazing, which has consequences for all trophic levels.

Overgrazing is arguably the most serious threat posed by European rabbits outside their native range and, in island ecosystems, grazing effects are amplified by the lack of adaptations to herbivory of most native insular plants, which under intensive herbivory pressure from introduced rabbits are out-competed by non-native species that have co-evolved with lagomorphs. Overgrazing by rabbits is also reported, for example, to have indirectly contributed to the extinction of some species of birds.

It is thus unquestionable that introduced herbivores have a severe effect on the native vegetation on islands, critically endangering the native endemic species and an increasing body of evidence now supports that across its non-native distribution, the European rabbit can constitute a serious ecological, agricultural and public health problem. And this is particularly evident on islands.

The small island of Porto Santo (43 km2) is the oldest island (~14 million years) of the Archipelago of Madeira. The island shows an evident environmental degradation due to historical overexploitation way over the carrying capacity of its ecosystems. On the other hand, its importance for biodiversity conservation is high, since it harbours more than 1500 species, including nearly 250 endemic taxa.

The rabbit introduction in this island became famous as historical reports mention that a single female that had littered during the voyage was introduced together with her offspring and multiplied so extensively that within a few years settlers were forced to evade the island due to widespread crop loss and consequent food shortage. In recent years, the island rabbit population has crashed due to the combined impacts of the Myxoma virus and the rabbit haemorrhagic disease. As a consequence, the Madeira Regional Government, through the recently created Institute of Forests and Nature Conservation (Instituto das Florestas e Conservação da Natureza (IFCN) - http://ifcn.madeira.gov.pt/) now aims to boost the island population with rabbits from the nearby Madeira Island. This decision aligns with the interests of the archipelago’s hunting community, to which the rabbit represents the main game species, however, it represents a serious threat to the extant native biodiversity of the island, in particular to its threatened flora.

Over the last century at least 10 native plant species went extinct (e.g. Frankenia pulverulenta, Ephedra fragilis, Bolboschoenus maritimus, Schoenoplectus triqueter), 26 more taxa are currently seriously threatened (several listed as Critically Endangered or Endangered on the IUCN Red List). As to habitats, the Red List of Habitats of Europe, recently issued by the European Commission, assigns to the habitat ‘F8.2. Madeiran xerophytic scrub’ – by large dominant in Porto Santo – the threat status of ‘endangered’. New pressure on the remnant native vegetation, by increase of rabbit population to historical excessive levels, will enhance the probability of serious populational decrease, or even to extinction, of critical endemic plant populations (e.g., Pericallis menezesii, Vicia ferreirensis) and the collapse of native ecosystems. Also, changes in the island’s vegetation are reflected in the endemic-rich invertebrate communities of Porto Santo which are also in a dire condition. The status of the island’s avian communities is mostly unknown. However, at least two species endemic to the archipelago, Rallus adolfocaesaris and Columba trocaz (the later still survives in the nearby island of Madeira), became extinct since the arrival of the Portuguese.

The planned reinforcement of the rabbit population in Porto Santo would go against a century of afforestation efforts for avoiding soil erosion and would send a mixed message in terms of nature conservation that could possible compromise future EU funding.

Game hunting is a relevant social activity and its economic impacts on the island economy cannot be discarded. However, no study has explicitly weighted the pros (e.g. hunting benefits) and cons (e.g. soil erosion and biodiversity damage) of the island’s rabbit population. Despite clear parallels between the social component of hunting in mainland and island ecosystems, the ecological specificities of the later implies that game management in an insular setting has to follow different rules.

We argue that the rabbit population in Porto Santo brings more harm than good and we advocate that the recent collapse of the island’s rabbit populations offers a unique opportunity to recover the island’s vegetation cover and associated biodiversity and to reduce soil erosion. The opportunity costs of not doing so are too high and the long-term consequences might reveal irreversible.

The rabbit population imperils the survival of island’s endemic species and by doing so compromises the island potential as an ecotourism destination.

With this petition we intend to: