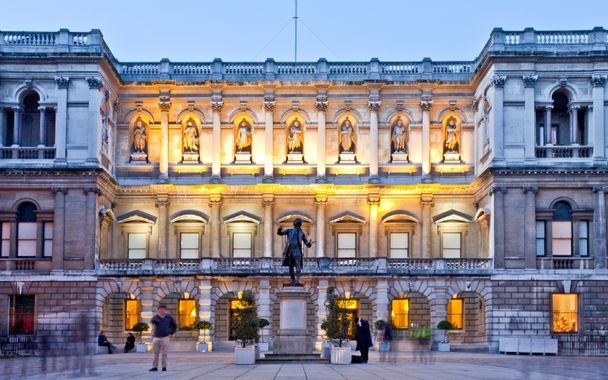 RA Should Reinstate Jess's Work and Issue a Public Apology

The Royal Academy of Arts have issued a statement on their Instagram stories, saying that they have removed merchandise designed by artist Jess De Wahls from their gift shop after receiving complaints about her "transphobic views".

Jess De Wahls is known for her intricate, colourful embroidery, often centred around the theme of feminism and women's rights. I have followed Jess and her career over social media for a long time, and I can safely say that I have never witnessed her say anything remotely hateful or transphobic. In fact, she has many friends and followers who are trans.

What, then, could have prompted such a claim? Well, Jess De Wahls supports the notion that sex i.e. male and female, is a material reality and has a bearing on civil rights, particularly those of women, whose single sex provisions are rapidly disappearing in order to appear 'inclusive'. While the motives behind such schemes may appear noble, removing single sex exemptions has huge implications for women in prisons, rape shelters and even in public life.

In the UK, sex is a protected characteristic under the Equality Act and the European Human Rights Commission.

On the 11th June, in a case brought forward by Maya Forstater who was dismissed from her job for tweeting that biological sex is real and that humans cannot change their sex, a High Court Judge ruled that 'Gender Critical' views are protected under the EA. Therefore, discriminating against anyone on the grounds of such views is unlawful.

It appears, then, that the RA is in breach of the High Court ruling, putting themselves at risk of legal proceedings. We the undersigned, however, would much prefer to keep things amicable and simply request:

2) the RA issue a public apology, having wrongly maligned the artist's character.